In a candid interview with Lena Dunham, Amy Schumer has opened up about how affected she was by the 2015 Lafayette shooting, where two women were killed during a showing of her movie, Trainwreck.

Speaking as part of a feature for Dunham’s feminist newsletter, Lenny Letter, Schumer explained that she “didn’t really know how to react” when she first heard of the murders. “I was so upset, I watched the news that whole night, I was just f**king f**ked up by it,” she said.

“Knowing it was my movie, and… that they went and they bought tickets and wanted to go see this movie, it just crushed me. I felt so powerless. And it felt a little bit like something that I had done, that there was a connection to me actually hurting people.”

However, the 35-year-old comedian said that Jennifer Lawrence made her feel better by texting saying “It’s your fault,” which Dunham described as the “greatest worst thing” she had ever heard. “In times like that only jokes make you feel a little better,” Schumer explained.

Dunham and Schumer first met around six years ago, when Schumer unsuccessfully auditioned for the role of Shoshanna in Dunham’s HBO series Girls. 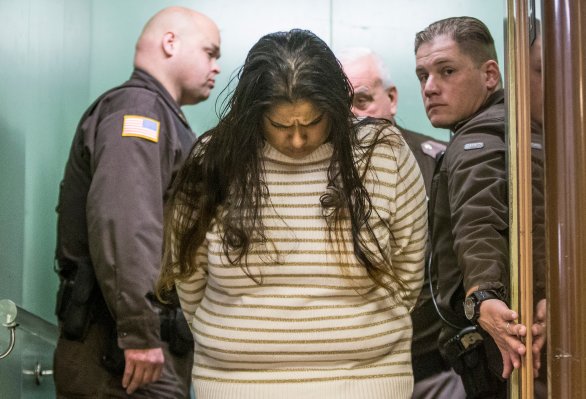 Woman Convicted of Feticide Will Be Released From Prison
Next Up: Editor's Pick