Indian Leaders Head to the Vatican for Mother Teresa's Canonization

As Pope Francis prepares to declare Mother Teresa a saint of the Roman Catholic Church on Sept. 4, a string of top Indian politicians are heading to the Vatican to witness her canonization, underlining her popularity in her adopted home.

Born in Skopje in present day Macedonia, the nun will be named a saint less than two decades after her death, thanks to the Vatican’s decision to fast-track her canonization, a process that can take centuries. She arrived in India in 1929, becoming a citizen in 1951.

Widely revered by Catholics for her work with the poor in the eastern Indian city of Kolkata, where she set up her own religious order in 1950, her legacy has not been without its critics. Questions have been raised over poor hygiene and medical standards conditions at the care homes and facilities run by her Missionaries of Charity sisterhood. Skeptics have also raised doubts about the miracles attributed to her by the Vatican as it prepares to declare her a saint and have accused her of glorifying poverty. The late writer Christopher Hitchens was among her most strident critics, labeling her “a fanatic, a fundamentalist, and a fraud.”

But in Kolkata and across India, many view the Nobel Peace Prize-winning nun as a humanitarian icon. India’s Prime Minister Narendra Modi paid tribute to her in his regular radio address this week, saying Mother Teresa had “spent her entire life in the service of people belonging to economically weaker and underprivileged sections.” “She molded herself (to Indian conditions) and served the people of India. It is natural for every Indian to take pride in the moment when such a mother is declared a saint,” he said.

To mark the occasion, Modi’s government is sending an 11-strong delegation, led by India’s foreign minister Sushma Swaraj, to the Vatican. They will be joined by the chief minister of the Indian capital New Delhi, Arvind Kejriwal, who volunteered with the Missionaries of Charity as a young man. Mamata Banerjee, another regional leader who is the chief minister of West Bengal state—of which Kolkata is the capital—will also travel to the Vatican, along with a number of other politicians and officials from across the country, the local Hindustan Times newspaper reported.

Ahead of Mother Teresa’s canonization, Banerjee kicked off preparations in Kolkata with the unveiling of a life-size statute of the nun in the city on Aug. 26, her 106th birth anniversary. She died in Kolkata in 1997. “I am excited to be a part of the event in Rome. I don’t need a first row seat. I will not go there as a part of state delegation but will be a member of Missionaries of Charity,” Banerjee said. “I will sit with them and witness the moment when Mother will be announced as Saint.” 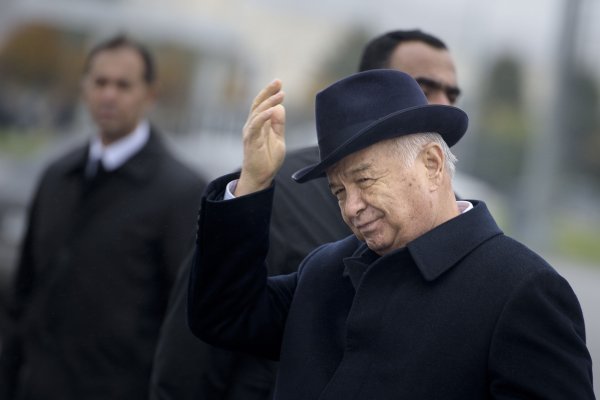 Uzbek President Islam Karimov Has Died
Next Up: Editor's Pick