The HI-SEAS Mars simulation habitat on the Mauna Loa volcano in Hawaii.
Cassandra Klos for TIME
By Jeffrey Kluger

Greetings from Mars! Really! (Sort of.) More than 8,200 feet (2,500 m) up on the Mauna Loa volcano in Hawaii is the HI-SEAS simulated Mars base. The name—an acronym for Hawaii Space Exploration Analog and Simulation—more or less captures what the facility does and is.

A geodesic dome with 1,200 sq. ft. (111 sq m) of floor space and 13,000 cu. ft. (368 cu. m) of habitable volume, it is a self-sufficient habitat with a working kitchen, bathrooms, shower, lab and six small bedrooms. HI-SEAS crews have spent missions of four, eight and just recently 12 months here, living as they would on the genuine-article Red Planet, communicating with mission controllers only with a 20-minute time delay to simulate the light speed lag between Mars and Earth and venturing outside only in spacesuits.

The purpose is to run long-term studies of psychology and crew cohesion to prepare real Mars crews for the real Mars journeys they will one day take. I will be spending a mere 24 hours under the same confined conditions (hazard work for a soft city boy), getting by on dried, shelf stable foods; one-minute showers; and limited power after dark. Our crew also includes photographer Cassandra Klos and the University of Hawaii’s Arthur Cunningham, a member of HI-SEAS’s first tier support crew.

Stay with me over the next day as I post periodic updates on our stay. If a windstorm wipes out the hab and leaves me stranded here alone, I expect Jessica Chastain to come rescue me by dinnertime tomorrow. And I will not be growing potatoes in special fertilizer, so don’t ask for pictures.

02 hrs., 24 mins, Mission Elapsed Time: Have officially named our mission: Raven One—after a very particular football team that plays its games 79 million miles away on Earth. (Commander’s prerogative.) Just submitted our request for EVA 01 (or extravehicular activity, or spacewalk). This will be a short expedition in the vicinity of the hab for reconnaissance and sample collection. Begins at 1430 hours local time; suit-up is 1400. Important terms I have just learned: “PanPan” means non-life-threatening injury. “Mayday” means D’oh.

04 hrs., 58 mins, Mission Elapsed Time: Returned from first EVA in full suits. It is a hard truth of space travel that a spacesuit can either be comfortable or can keep you alive—uncomfortably. I can speak to that fact with new authority. Those bouncy Apollo boys at least had to contend only with 17% of Earth’s gravity and the Mars crews will get 39%. One-g takes no prisoners.

05 hrs., 41 mins, Mission Elapsed Time: Late lunch of shelf-stable powdered eggs and dehydrated cheddar cheese, all rehydrated and cooked into omelets (please add air quotes to that last word.) Hot sauce helped, so did grated parmesan for a two-“cheese” “omelet.” It was “delicious.” Expecting the Ravens One crew to be on an all Skittles diet before sundown.

08 hrs., 14 mins, Mission Elapsed Time: Crew completes fully suited sundown EVA, 1.55 mi (2.5 km) above sea level; clouds were wreathing the mountain below and the colors made possible by an oxygen-nitrogen atmosphere were above. It is a joy of the third planet that, alas, will not be possible when we get to the fourth.

10 hrs., 52 mins, Mission Elapsed Time: Following the aftermath of the SpaceX explosion at Canaveral today while glimpsing what a future on Mars could look like. That push-pull between vision and hard reality has always been part of the space enterprise. Unavoidable—but not easy.

11 hrs., 33 mins, Mission Elapsed Time: Hab powering down for the night. On non-solar power for one hour to raise interior temp before bed.

20 hrs., 33 mins, Mission Elapsed Time: If this were a true long-duration mission, we would now be well past the third-quarter danger zone—or what would be months six through nine in a one-year mission. By that time a crew has been working away from home long enough that tedium can set it and interpersonal friction becomes likelier, but not long enough that the end is in sight. Our crew’s third-quarter was hours twelve through eighteen, which we spent sleeping. So…not exactly the Shackleton expedition. Still, with just over three hours till we break sim I do look forward to being back out in the Hawaii sun and eating a non-dehydrated meal. In the meantime, breakfast is Kix, dried fruits, and powered milk—which won’t get any closer to being liquid milk if I don’t go tend to it.

22 hrs., 51 mins, Mission Elapsed Time: Preparing for crew egress at 24:00 hours. A single Earth day (and 40 minutes less than a single Martian sol) is not remotely enough to allow for meaningful conclusions about what a real Mars crew would need or experience—especially since I am just a 50-minute drive from being back in a hotel in Waikoloa, as opposed to 79 million miles from home. Yet some truths remain in even short-term isolation.

For one thing, work burns time—which is why space station crews are scheduled wall-to-wall from the moment they get up until they go to bed at night. And it is, too, why the HI-SEAS crews work hard on experiments, field expeditions and hab maintenance when they are in confinement. The same will be true on Mars—and not for nothing it will allow for lots of good science to be done.

Food matters too. The space station crews typically share at least one meal a day. The same is true of the HI-SEAS crews—with the rule being that whoever cooks dinner gets to pick the music and the color of the LED mood lighting around the kitchen. The human species has always bonded over the ritual of eating and that will follow us to Mars. (Fresh fruits and vegetables must follow too–note to NASA gardeners and botanists.)

And most important is putting the right peeps in the right place for the right mission. Psychological health and screening have always been at least as important in NASA’s selection process as physical screening. That will only get more important when we become an interplanetary species. When the five other people with whom you might one day share a planet are the only other people anywhere on that planet, it pays to work and play well together. Here on faux Mars, I think we drew a good hand; may real Mars crews be as fortunate. The crew of Raven One, signing off. (And regarding the below pic, yes we did briefly breathe the 99% carbon dioxide atmosphere and deal with the -170º F temperature of Mars. Seemed worth it for the sake of the selfie.) 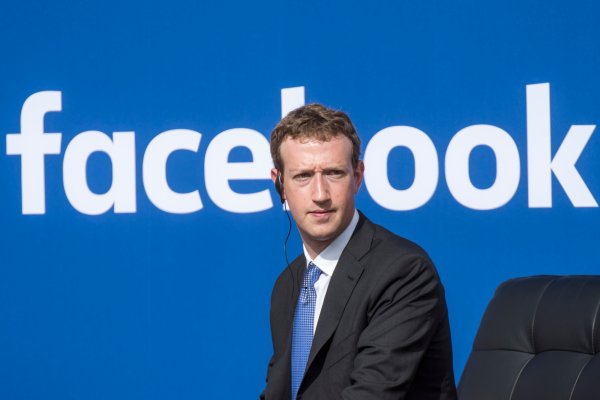 Mark Zuckerberg Seems Pretty Mad at Elon Musk About That Rocket Explosion
Next Up: Editor's Pick