These Are the 5 Big Foreign Policy Stories for the Fall

Say this for the summer of 2016: at least Russia didn’t invade anywhere. These are the geopolitical stories to pay attention to this fall. It’s your back-to-school edition of 5 Facts.

1. Turkey, Syria and the Middle East

Aside from Brexit—more on that below—the most serious geopolitical developments of the summer centered on Turkey. Turns out that failed coups can be almost as destabilizing as successful ones. Since the attempt, President Recep Tayyip Erdogan has imprisoned, detained or otherwise punished more than 40,000 individuals and cracked down further on free speech. The government announced it would release nearly one-fifth of its current prison population, apparently to make room for the new arrivals.

On top of the domestic upheaval, Turkey is in an impossible geopolitical position—and it’s not getting better anytime soon. Turkey has become ground zero for both ISIS terrorism and the Syrian refugee crisis, housing 2.7 million refugees at last count. And while some progress has been made against ISIS—the jihadi group has lost 40 percent of the territory it held in Iraq and 10-20 percent of its territory in Syria—it continues to pose a considerable threat both at home and abroad. That spells trouble for Turkey and the entire Middle East.

The ongoing Syria tangle also spells trouble for Europe. It may feel like Europe is in trouble every year, but now that Brexit is officially coming, it’s truer than ever. As British officials try to decipher what Brexit actually means to them, deliberations will drag well into the fall and beyond. U.K. Prime Minister Theresa May has no plans to trigger Article 50, the official mechanism to begin exit proceedings, until 2017.

It’s clear that Brexit will have very real costs for the British economy when it finally comes to pass. But the intervening uncertainty is a boon to Eurosceptic and nationalist parties—like France’s Front National and Germany’s Alternative fur Deutschland—that point to the referendum as proof there’s life after the E.U. Both countries have national elections upcoming in 2017. Also pay attention to Austria, which is getting ready to rerun presidential elections in a month and is expected to elect the E.U.’s first far-right leader ever; polls show Norbert Hofer winning by a 53 to 47 percent margin.

It was a relatively sleepy summer for China, especially compared to last summer’s stock market roller coaster. But things are getting serious as the country gears up for its 19th Party Congress, scheduled for the fall of 2017. Xi Jinping is widely expected to stick around for a second stint as president after his term ends next year, but five of the seven members of the Politburo Standing Committee—the ultimate decision makers in the country—are set to be replaced.

Leadership transitions always bring a certain amount of risk, but China’s is compounded by slowing economic growth. China’s slowdown is admittedly by design, as Beijing transitions from its breakneck manufacturing-based economy to a more sustainable consumption-oriented one. But a plunge in private investments has already seriously unnerved central government authorities, according to reports. All the while, Xi’s anticorruption push is picking up steam as he consolidates power. It has had an impact, with more than 750,000 individuals swept up in corruption investigations over the last three years. The fight over slowing growth will only get more challenging. And given the size and global connectedness of China’s economy, the ripple effects will be felt widely.

As the afterglow following the Rio Olympics fades, the ugly politics have begun to set in for Latin America’s former economic powerhouse. Dilma Rousseff was impeached and formally kicked out of office this week, bringing to an end this particular chapter of Brazilian politics. But corruption in Brazilian politics isn’t going anywhere. After all, of the 81 senators who ultimately determined Rousseff’s fate, 45 have been convicted or investigated for serious crimes themselves. The same is true of 273 (out of the 513 total) members of the lower house of Congress. Rousseff’s ouster will do little to change the corrupt climate. Her successor and former vice president Michel Temer has been convicted of corrupt electioneering himself, and is actually prohibited from running for office for the next eight years. All this as the Brazilian economy stumbles and government debt soars.

And then, of course, there are the U.S. elections. Given Donald Trump’s surprise visit to Mexico this week, its nearly impossible to predict all the twists and turns that await the American electorate between now and election day on Nov. 8. And while the polls show a commanding lead for Hillary Clinton at the moment—Nate Silver’s FiveThirtyEight “Polls-only forecast” gives Clinton a 73.8 percent chance of victory—it’s inevitable that the race will draw tighter as we approach the close.

Still, Donald Trump remains a long shot to pull out an actual victory. But his candidacy will play an outsize role in shaping American politics for years to come, from what will be considered acceptable for national politicians to say and do on the campaign trail, to the composition of the Republican Party going forward.

It’s going to be an interesting fall. 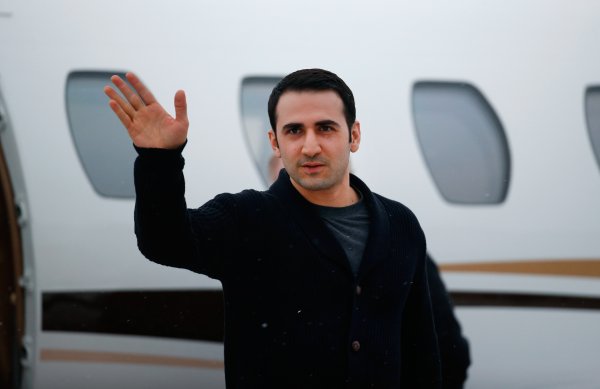