Werner Herzog, the director known for his exploration of people whose dreams destroy them (Little Dieter Needs to Fly, Grizzly Man, Fitzcarraldo) as well as for his darkly hypnotic voiceovers, has a new documentary in theaters. It’s about the Internet. And true to form, it’s not exactly a joyride. (One of his subjects asks: will our children’s children’s children need the companionship of humans, or will they have evolved in a world where that’s not important?) Herzog talked to TIME about the film’s origins, his opinion of the web and why politics is bad footage.

TIME: Your new film, Lo and Behold, Reveries of the Connected World, is about the Internet and was paid for by the Internet security firm NetScout. Why would someone who admits that he doesn’t use a cellphone be interested in such a project?

Herzog: This was a similar set up to my AT&T project on texting and driving that was on YouTube. That was such a phenomenal success that I thought I should contemplate doing this when I was approached. Then the format changed to a feature length documentary. All the rest is my curiosity.

One woman whose family suffered some unspeakable online harassment says in all seriousness that the Internet is the Antichrist. Do you have any sympathy for that view?

In her case it’s probably the only answer. But it’s not the Internet that is evil. The Internet doesn’t have any human qualities. It’s the humans who are evil. Is electricity good or evil? You don’t ask that, so we’ll drop this question quickly.

Do you agree with computer science professor Leonard Kleinrock that computers are the worst enemies of deep critical thinking?

In a way yes. But he doesn’t speak about computers. He speaks about communicating via tweets and examining the real world via applications. In that case, I would agree.

Read More: Werner Herzog Ponders the Poetry of the Internet

Elon Musk says he only remembers his nightmares. How did you feel when you heard him say that?

When you are doing your work, you are not allowed much feeling. You just have to be alert and wait, wait, wait, wait until he says it. I’m waiting 20 seconds, an eternity, until all of a sudden, he looks up and says a sentence. I found it very astonishing, but of course, there was a way to get him to this statement. That’s real conversation.

You ask him to take you to Mars?

No, I don’t. I don’t ask him. In order to make him smile and make him lively, I said, well, I would be a candidate and I would go on a one-way ticket.

So you don’t really want to go to Mars?

Of course, if the possibility arises, I’d be on board. It would be fantastic. But only if I had a camera with me.

No, we just should see the glories of it and the potential of it and the dark side of it, and we should create a good, well-thought filter. That’s why I cannot sign up for Twitter or Facebook. Although—you’ll find [my name] on Facebook and on Twitter, but it’s all imposters.

This film was paid for by Netscouts. What’s in it for them?

When I was approached [about doing the project] I immediately said, no, I do not do advertisements. I’m not comfortable with the world of consumerism, and I do not want to be an accomplice. I was told: no, it’s not a commercial. I think what they are doing is they are connecting themselves like a sponsor for an art project. When Pavarotti sings a part in a Verdi opera, he doesn’t make advertising for the company that sponsors it.

You often focus on people with a dream that will probably destroy them; yet you’ve never made a political documentary. Why?

Let’s not dig too deep into the very essence of what constitutes cinema. We would lose ourselves for the next 48 hours.

Do you worry that by filming, you change what you’re trying to document?

Of course. It’s the nature of filmmaking. If you’re not aware of that, and if you are not prepared to do your job, you shouldn’t make films. Some people postulate we should be like a fly on the wall. That means we should be like one of these surveillance cameras in the bank, and you will wait for 15 years until the bank robber still hasn’t arrived. We are filmmakers. What I do is I direct, I stage, I articulate. I mold, I generate. That’s what filmmaking is all about. And everybody in front of my camera knows that, and if they don’t know I will tell them.

You’ve talked about how a very key part of documentaries is the casting. What do you look for?

When you are doing a feature film, one of the key elements is casting. Finding not only the actors, but the chemistry between them. So that’s something I’m looking out for. And the same thing happens in documentaries. I read some of their works and I have preliminary contact, and I do have a fairly quick idea where this person should be placed in which context. Who is going to be shoulder to shoulder, left and right to that person. And what’s the flow of things.

Did you have a must-get list for who you should talk to about the Internet? Why no Tim Berners Lee?

I met Tim actually later, and he would have been good because I like the man; he’s so shy and doesn’t really open up— I would have had a wonderful conversation with him. We withdrew in the corridor, and we immediately have a rapport. And strangely enough we spoke about poetry most of the time.

Speaking of which, why do you ask students of your Rogue Film School to read J.A. Baker’s The Peregrine?

No 1. It has prose of a caliber that we haven’t seen since Joseph Conrad in his short stories. And no. 2, there’s this incredible passion for what he is observing, the author. He’s so deep into his subject that he almost morphs into a Peregrine falcon himself. The way he looks at the real world, with this deep love and passion for it, is something anyone who writes or makes a film should be familiar with.

In a way, the migration into your home country, Germany, globalization and the rise of the Internet are similar phenomena; humans have to be around other humans in a way they’re not used to. Are you an optimist about the future of our interconnections?

I can’t answer that. But I recently spoke with paleontologists in Ethiopia who are looking very deep into history, 100,000 years back in time, and it seems to be obvious to many of them that our civilization will enter a very critical phase in about 1,000 years from now. And of course, certain things are accelerating and exacerbating because of the Internet. So, it’s a very, very interesting moment in time. 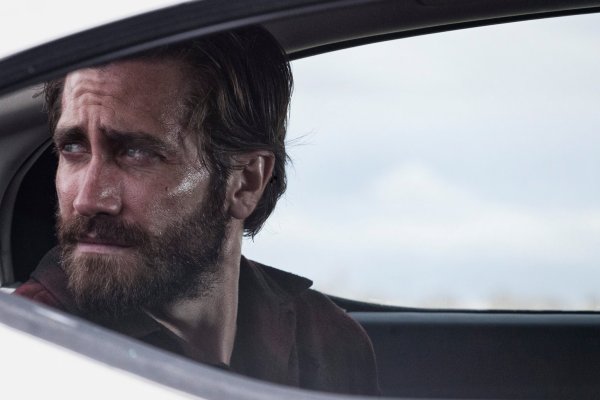