Olympic gold-medal gymnast Laurie Hernandez already took Rio (and social media) by storm. Now, she’s proving that her gymnastics background will make her a champion on the dance floor as well. The newly anointed cast member of Dancing with the Stars is partnering with pro Valentin Chmerkovskiy this year — and he’s already started sharing their preparations.

First up: establish a secret handshake to intimidate the competition.

In the short Instagram video posted by Chmerkovskiy, we get a sneak peek of the duo’s prep for their Dancing debut. Naturally, 16-year-old cool teen Hernandez is doing quite well with her traditional ballroom moves — her attitude-filled floor routine in Rio gave us a heads up that the girl has plenty of rhythm — although her partner notes that they “still need a lot of work on the frame.” But the best bit comes right after completing the choreography, when Hernandez and Chmerkovskiy launch into a super cool secret handshake routine that would give The Parent Trap’s Lindsay Lohan a run for her money.

Chmerkovskiy also announced the pair’s official team name on his Instagram: “Team Valaur,” which he defines as “individuals coming together to have the best time dancing their butts off and bringing joy to others.”

Dancing with the Stars premieres on September 12 on ABC. 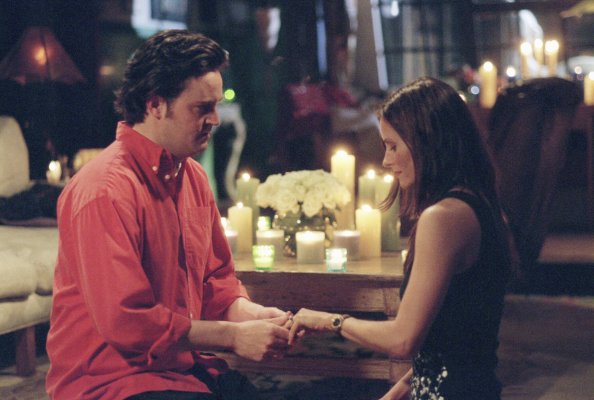 Watch This Heartwarming Friends Superfan Proposal at Monica and Chandler's Apartment
Next Up: Editor's Pick