Donald Trump Is Dangerously Wrong on the Immigration-Terror Link

Ideas
By Daniel Benjamin and Betsy Cooper
Benjamin, who served as Coordinator for Counterterrorism at the U.S. State Department, is director of The John Sloan Dickey Center for International Understanding at Dartmouth College.

In making his case that the United States is hurtling toward catastrophe, Donald J. Trump has spun more than a few myths. One of his favorites is that our borders are sieves, and terrorists are streaming in.

“We have a dysfunctional immigration system,” Trump has proclaimed, and it “does not permit us to know who we let into our country.” After the Nice attack, he declared that “[President] Obama is allowing a lot of people to come in. We have no idea who they are. They’re from Syria, maybe, but they have no paperwork many times.”

A ban on Muslims coming into the country—though presented in a mystifying variety of ways—has been the proposed remedy. This was clearly what Trump had in mind when, in his immigration speech on Wednesday night, he declared that he would develop a list of regions and countries from which immigration must be suspended until proven and effective vetting mechanisms can be put into place.

The inescapable message is that the nation’s $25 billion-a-year immigration system cannot identify and keep out bad actors. And while the killings in San Bernardino and Atlanta have undoubtedly sharpened Americans’ fear of terrorist attack, Trump’s rhetoric is clearly having an impact: A Chicago Council on Global Affairs poll showed that 79% of Republicans favor limiting the flow of refugees and migrants and imposing stricter border controls to help prevent terrorism.

Much as Trump’s trash talk about a “rigged” election is undermining confidence in our electoral system, his rhetoric is stoking insecurity about our borders. But Americans who have been buffeted by Trump’s torrential negativism and 24-7 cable coverage of horrors from all corners of the earth shouldn’t buy this dim view of our immigration system—because it simply isn’t true.

The most obvious counter to Trump’s narrative is to note that not a single terrorism-related death since 9/11 was caused by foreign operatives coming into the country to cause violence—from Fort Hood to Orlando, the killings were all caused by citizens and green card holders. A few weeks ago, he seemed to grasp that fact, decrying instead the violence caused by “immigrants or the children of immigrants”—implying, in effect, that Muslim newcomers to the US and their children are ticking time bombs.

But radicalization is not a hereditary affliction—indeed, most parents of extremists have been aghast at their children’s deeds, as have most of their fellow Muslims—and that a significant percentage of America’s foremost jihadists have been converts. Nevertheless, as a remedy, Trump is obsessively focused on keeping purported bad actors out and now proposes through an ideological test to “screen out any who have hostile attitudes towards our country or its principles—or who believe that Sharia law should supplant American law.” He added, “Applicants will be asked for their views about honor killings, about respect for women and gays and minorities, attitudes on Radical Islam, and many other topics as part of the vetting procedure.”

For a man who accuses other of lying with astonishing frequency, it is curious that Trump proposes a system that relies on a questionnaire—one that presumably any witless extremist could easily outsmart.

Such “extreme vetting” is also extremely unlikely to turn up anything that the nation’s vast immigration system has not already found through a screening system that is complex, thorough and highly redundant.

As former U.S. government employees and researchers on terrorism and immigration, we have seen this system firsthand. It is sophisticated and far-reaching in scope; its procedures have been steadily expanded and refined to the point where it bears little resemblance to the system whose vulnerabilities were exposed on 9/11.

All visitors to the United States submit, Trump notwithstanding, information designed to uncover signs of trouble in advance of traveling. Travelers are screened before they enter—many of them three or four times.

Before prospective visa holders even arrive at a U.S. Embassy or consulate for an interview, their names, photographs, fingerprint and other data such as marriage licenses are first validated. The information is churned through myriad databases, including the Department of Homeland Security’s (DHS) Automated Biometric Identification System, the FBI’s Integrated Automated Fingerprint Identification System, the photo recognition software of known and suspected terrorists from the Terrorist Screening Center and DHS’s Travel Enforcement Compliance System.

Consular officers also check all applicants against watch list databases such as the Consular Lookout and Support System database, which combines records from numerous other law enforcement agencies. They further submit visa applicants’ electronic visa applications into the National Counterterrorism Center, which checks the Terrorist Identities Datamart Environment, the comprehensive repository for all information held within the government about known and suspected terrorists. A “hit” triggers an interagency extraordinary review process which has to be positively resolved before an individual can be admitted.

All of these systems are filled with vast amounts of law enforcement information—both US and foreign—and intelligence gathered around the world. The United States also adds additional layers of visa screening where they are most needed. In at least 20 high-risk foreign embassies and consulates, DHS special agents in the Visa Security Program provide another review. These agents, who have expertise in counterterrorism and immigration investigations, scrutinize visa applications, investigating applicants backgrounds, conducting in-country interviews, and running manual screens of the applicant through additional DHS databases. And once travelers with visas arrive at the airport, they are screened yet again, in a U.S. port of entry and, increasingly, while still abroad.

While travelers coming into the country through the Visa Waiver Program do not need to go to a U.S. Embassy or consulate, they still undergo significant security screening. For years now, the U.S. has been scrutinizing everyone flying into the country through the use of Advance Passenger Information and Passenger Name Record information; all Visa Waiver nations must sign on to binding agreements to provide that information. All the relevant databases are consulted both before arrival and again by border officials upon arrival.

Of course, this is a human system, and mistakes will happen. Some people have tried to come from abroad and hurt us, and others will continue to test our defenses. Hence the need for constant innovation. Our immigration screening systems are experimenting with ever new technology to track trends and identify fraudsters, and will require continual investment—in more machine learning capabilities, for example—to do the job right.

But in the meantime, it’s important to recognize that Trump’s proposals are not only based on the false premise that the US is a blind giant, but they would cause tremendous harm to the United States. Not least, they will keep out legitimate business opportunities—a striking position, given how often Trump himself has used visas to support his work. With almost 80 million foreign visitors to the United States every year, many of them forging the deals that make possible more than $2 trillion in annual exports, no one should be cavalier about suspending immigration.

Equally important, by keeping out visitors on a broad basis, Trump’s policies risk accelerating radicalization here at home. A growing body of research demonstrates that people radicalize when they don’t see a legitimate way to become fully part of the society in which they live. Policies that marginalize individuals and exclude family and friends are exactly the type of obstacles that lead people to feel excluded. Boston Marathon bomber Tamerlan Tsarnaev’s road to violence arguably began when he was refused entry to a boxing tournament because, as a green card holder, he wasn’t American enough to compete.

The United States has had less of a problem with homegrown radicalism than other countries, including in Europe, precisely because our nation of immigrants has so far allowed everyone to feel like they are fully involved. Trump’s dangerous proposals walk away from that concept of America. That, not our visa policy, threatens the greatest harm to our long-term security.

Cooper is Executive Director of the Berkeley Center for Long-Term Cybersecurity and served as an attorney advisor and policy counselor at the Department of Homeland Security. Benjamin, director of the John Sloan Dickey Center at Dartmouth, served as Coordinator for Counterrorism at the State Department 2009-2012. 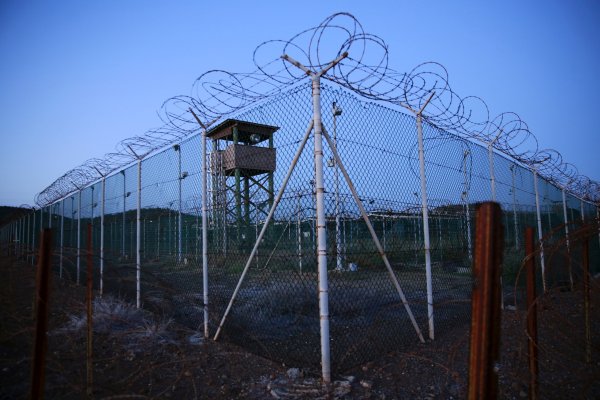