For Harry Potter fans, September 1st marks a very special occasion: the first day of school at Hogwarts School of Witchcraft and Wizardry, also known as “Hogwarts Day.” The first step in getting to the elite academy of magic, however, is boarding the crimson steam train, the Hogwarts Express, which departs from London’s King’s Cross Station at Platform 9 3/4, taking students directly to Hogsmeade Station. You can only board if you’re a witch or wizard, and you can melt through a solid brick wall that’s been “magicked” as a portal. That means Muggles can’t make the trip, but they still posed as if they were going to on Thursday morning in London.

To celebrate this year’s Hogwarts Day, the train station also got in on the action, posting an unusual departure on the schedule.

Author J.K. Rowling herself also gave a shout-out to the day, although there was a bit of confusion over whether or not this year would be the first year of school for Harry Potter’s son Albus Severus Potter… or not. “If you’re at King’s Cross, the Potter, Granger-Weasley and Malfoy families are there too. Albus Severus starts school today. #19YearsLater,” she wrote in a now-deleted tweet; in the Harry Potter universe, the epic Battle of Hogwarts occurred in 1998. Then, she followed it up with a correction:

Regardless, plenty of fans are celebrating #BackToHogwarts, even though it seems like most of their school letters were lost in the owl post years ago. 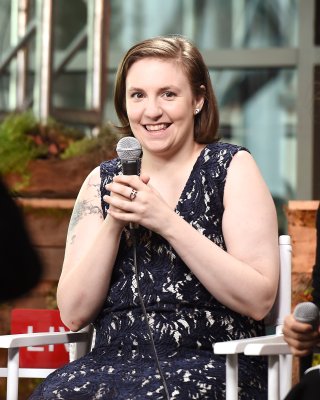 Lena Dunham Will Publish a Short Story Collection
Next Up: Editor's Pick