Moulin Rouge Is Coming to the Stage

‘Moulin Rouge‘ — the Baz Luhrmann film that features a number of scenes on stage at the infamous Parisian nightclub — will come full-circle and become a stage musical itself.

The production company Global Creatures announced Thursday it will adapt Luhrmann’s 2001 movie for the theater, though did not specify when or where the show will debut. The company has tapped John Logan to write the show’s book and Alex Timbers to direct, the New York Times reports.

“It’s immensely gratifying to know that a new wave of artists will be leading ‘Moulin Rouge’ into its rightful theatrical realm,” Luhrmann said in a statement.

In the film version, Ewan McGregor plays a young writer who falls in love with Nicole Kidman’s character, a stage performer at the Moulin Rouge.

Fans of the flashy movie will have to wait for more information on casting and whether to expect original music. 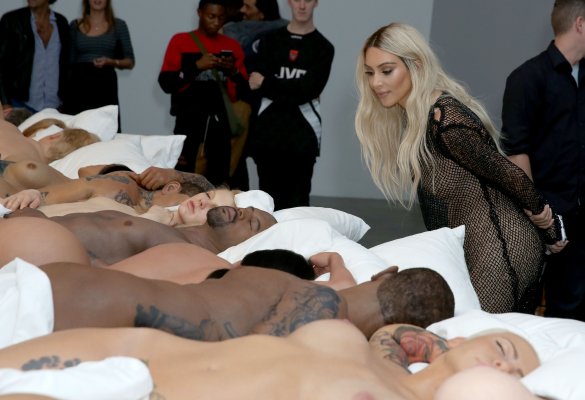 You Can Own Kanye West's Famous Sculpture for $4 Million
Next Up: Editor's Pick