Deborah Pearl was driving to work in Solon, Ohio early Saturday morning when Matthew Desha plowed into her car and then killed her with his assault rifle after the accident.

Desha, 29, sent Pearl’s car flying across the intersection when he ran a red light at an intersection she was passing through, and his own SUV rolled over multiple times. When they both emerged from their cars, he began shooting at her while she held her hands up, a witness told Cleveland.com.

There were a number of witnesses who heard or saw the murder, with at least one person calling the police.

Paramedics called to the scene found Pearl, a mother of three, severely wounded, and later pronounced her dead at a hospital nearby. Officials later identified Desha as a Marine who had toured in Iraq, and has reportedly dealt with P.T.S.D. and drug addiction since his return.

“Word’s can’t explain what we’re going through,” said Pearl’s son. Derryo Pearl, to Cleveland.com. “This is the roughest patch a human being can go through. I’ve gone through tough times before, but it wasn’t like this.”

Correction: The original version of this story referred incorrectly to the victim. Her name is Deborah Pearl. 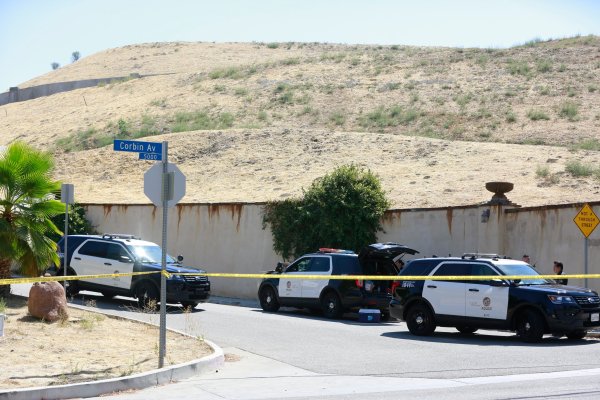 Chris Brown Accuser Says He Pulled Gun on Her
Next Up: Editor's Pick