Georgetown to Give the Descendants of 272 Slaves Preferential Admission Rights

Georgetown University will treat descendants of 272 slaves in the school’s past as they would treat legacy applicants in the admissions process, the university announced Thursday as one in a series of steps it will take to address its associations with slavery.

The Jesuits who founded Georgetown sold 272 slaves in 1838 and used the proceeds to pay off the university’s debts.

Georgetown University President John DeGioia announced the measures in response to a report from the school’s Working Group on Slavery, Memory, and Reconciliation, which DeGioia convened in 2015 to examine Georgetown’s association with slavery, and how it should respond now.

The descendants of those 272 people have been involved with the working group in the past year, and the university today said they will get the preferential admissions status that descendants or siblings of other Georgetown students and alumni currently have.

“As we join the Georgetown community we must understand that part of our history is this history of slaveholding and the slave trade,” said working-group chair David Collins. “And that opens our eyes to broader social issues that are still unhealed in our nation. History matters up to the present and into the future.”

Georgetown is also renaming two buildings, Freedom Hall and Remembrance Hall, to Isaac Hall and Anne Marie Becraft Hall (respectively), after one of the enslaved men sold and a free woman who founded a Georgetown school for young black women in 1827. The university also said it will create a memorial on campus.

Historian at the Massachusetts Institute of Technology Craig Steven Wilder told the New York Times that he isn’t aware of any other school that has ever given an edge to the descendants of slaves during admissions. 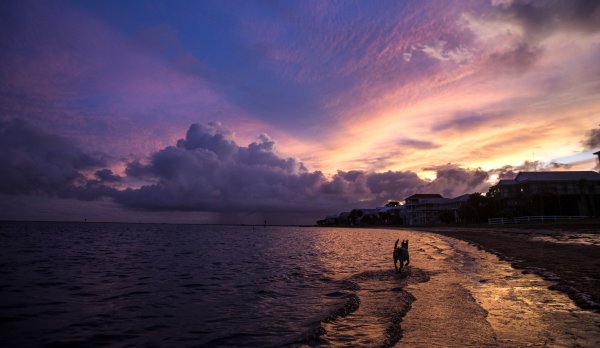 Florida Faces Its First Hurricane in More Than a Decade
Next Up: Editor's Pick