Chinese Cancer Patients Are Illicitly Importing and Preparing Their Own Drugs

When Li had a problem he didn’t know how to fix, he did what most of us now do — he looked it up online. And sure enough, he found a group of people in similar straits, swapping tips on possible solutions. But Li wasn’t quarreling with his boss or trying to repair a leaky pipe; his grandmother had terminal lung cancer, and had just developed resistance to the only drugs that helped.

“In our hometown, the hospital couldn’t do anything but give her nutrition injections,” says Li, who’s asked that we only use his family name. “My grandmother was just waiting for death.”

The Internet had an alternative answer, of course, though like much found online, it wasn’t strictly legal. Driven out of desperation, Li joined a growing community of Chinese who are illicitly importing the active ingredient of therapeutic drugs from chemical factories and distributing them to would-be patients, normally family members, who cannot afford or access them through official routes.

Such was the case with Li’s grandmother. Diagnosed with cancer in 2013, the 80-year-old began taking Geftinat, a medication prescribed by a hospital in Guangzhou, China’s southern megacity. It helped stabilize her condition and improve her quality of life. But a month’s course cost 10,000 RMB ($15,000), and, as money was tight, the family investigated alternatives. They resorted to buying Indian-produced generic Geftinat in neighboring Hong Kong, where it cost less than a third of the price.

But in April 2015, Geftinat stopped working. A distraught Li typed, “what to do after Geftinat tolerance” into a search engine. He was led to a chat room where someone recommended an alternative drug, called Tarceva. That didn’t work, but someone else suggested they try AZD9291. “After the first day the pain was gone and my grandma felt better,” says Li. “It really is a god-send drug.”

AZD9291, otherwise known as Tagrisso or Osimertinib, is produced by pharmaceutical firm AstraZeneca to treat non-small-cell lung cancer. It was only approved by the U.S. Food and Drug Administration (FDA) in November, but hasn’t yet been given the green light in China, which has a woefully inefficient drug-approval system.

Treatments can be available to Americans for years before China gives the thumbs-up. This is partly because China’s FDA is vastly underfunded: while the U.S. FDA has over 9,300 employees, the CFDA has only 345, reports China’s state-backed Global Times newspaper. According to the 2015 annual CFDA report, China reviewed 9,691 new drugs in 2015, but almost twice that number were left pending.

The consequences are dire. According to a new study, the five-year survival rate for Chinese cancer patients is currently 36.9% compared with 65.9% in the U.S. While most of the disparity is due to inadequacies in China’s primary health care and screening, access to lifesaving drugs plays a significant part. This has also led American hospitals to see an influx of wealthy Chinese seeking the latest medical treatments in recent years. Those without deep pockets, however, must brush up on their chemistry.

Each month, Li buys 2 g of pure AZD9291 from a salesman he met online. Most drugs are either imported from India or made in big chemicals factories in China’s Hubei and Hunan provinces. On Taobao, the Chinese e-Bay, he found pharmaceutical scales with an accuracy of 0.01 g, along with sifters and empty capsules. He also purchased medical starch to mix those 2 g into 30 daily portions, combining the mixture thoroughly to ensure an even distribution. “There are different opinions on the Internet about how much one day’s dose should be: some say 0.08 g, some say 0.1 g or even 0.12 g,” says Li. “We don��t know which one to follow, so we just do it by instinct.”

A nurse prepares to inject a cancer patient with medicine as she performs her daily rounds at the Beijing Cancer Hospital in this file photo from 2011. Cancer is spreading in China and kills millions annually
David Gray—Reuters

Another factor driving this illicit trade is cost: sourcing drugs is exorbitantly expensive in China, especially for impoverished people in rural areas, and many drugs are not included on standard health-insurance policies. In the U.S., AZD9291 costs $10,000 for one month’s treatment, says another buyer called Zhou, who has been illicitly procuring the drug for his ailing mother, and also requested that we only use one name. “But I bought the drug online for less than 2,000 RMB [$300] for one month,” he says.

Of course, an element of risk accompanies such unregulated and clandestine marketplaces, and there are no doubt charlatans even willing to make a quick buck from the plight of cancer patients. One seller of illicit pharmaceuticals on Taobao, who asked to remain anonymous, tells TIME that he always asks to see a doctor’s diagnosis before selling drugs, though others may not be so scrupulous. “If any seller tells you that his product is 99.9% pure, then that must be fake,” he says. “Some people boast that their drug is so good that it will decrease the size of a tumor; they are liars.”

“I think any doctor who has a practice in China will have encountered some of these patients [taking self-made cancer medicine],” says Dr. Lam Tai-chung, associate professor of oncologist at Hong Kong University, who also works across the border in the mainland Chinese city of Shenzhen. “Usually we see quite a good response from these experimental types of medications.”

Even some medical professionals are getting in on the act, according to Li. “There’s one doctor in my hometown who told us before that there is no cure for my grandma,” he says, “but now he is asking me to buy AZD9291 for him to treat other patients.”

Those involved risk hefty prison sentences. Last year, Lu Yong, a chronic myeloid-leukaemia sufferer, narrowly avoided a jail term after he was charged with illegally distributing medicines bought in India to over 1,000 seriously ill people. Although he admitted selling the drugs, prosecutors quashed the case, given his poor health and a huge swell of public support. Many likened him to American AIDS patient Ron Woodroof, whose similar exploits inspired the Oscar-winning movie The Dallas Buyers Club. (Lu declined to be interviewed for this story for fear of angering the authorities.)

Many cancer patients and their families worry that the government may clamp down on the supply of illicit pharmaceuticals entering the country. Others want publicity to hopefully spur improvements in a system that is woefully inadequate for so many. Zhou says he understands the government’s dilemma.

“On one hand, we should protect intellectual property; on the other hand, officially approved drugs are so expensive,” he says. “So the government takes a humane attitude by not intervening in patients getting them from alternative channels.”

For Chinese with stricken loved ones, the risks are worth it. Thanks to his homemade drugs, Li says his grandmother can continue singing with her church and walking her customary 4 or 5 miles each day.

“Her diet is quite light, she eats homemade porridge every day,” says Li. “She is very optimistic about curing her cancer.” 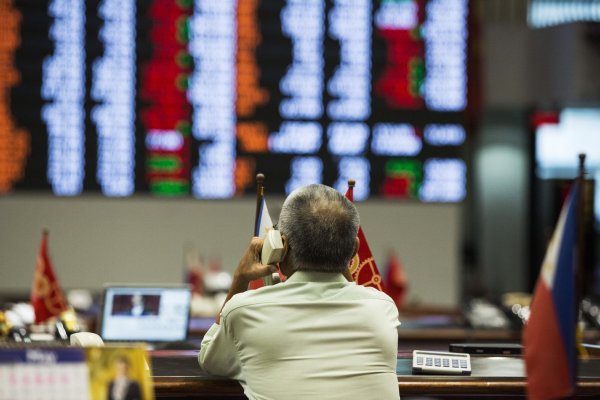