Google Is Driving a Blurry Line With Waze Carpool Pilot

A view of the WAZE traffic GPS app on an iPhone on Jan. 27, 2015.
Linda Davidson—The Washington Post/Getty Images
By Katy Steinmetz

When news broke that Google has been pilot testing a ride-sharing program through the Waze app, some were surprised to read that the company “doesn’t plan to vet” drivers. Instead the company would depend on a user-review system, as the pilot expands around San Francisco. But how is that possible, when competitors like Uber and Lyft have to do background checks on their drivers and many city officials have insisted that they should be fingerprinting them too?

The answer is that there is a legal distinction between what Uber and Lyft do and what transportation experts call “true ride-sharing.” And there are hints that Google has been taking pains to make their pilot look like the latter.

State laws outline which is which, says University of California—Berkeley’s Susan Shaheen, and three indicators in particular tend to be key. One is whether the trip is incidental, Shaheen says, meaning that the driver was already going from A to B in their own car regardless of whether someone hitched a ride. The second is that drivers are not making a wage—they’re not driving to make a profit—though it’s okay to be reimbursed, collecting money for gas and wear-and-tear on the car. The third is that “generally speaking,” she says, real ride-sharing “does not require specialized insurance.”

Google did not respond to a request for comment on this story, but the Wall Street Journal reported that drivers in the pilot program around the Bay Area have been capped at receiving 54 cents per mile (the IRS rate for travel reimbursement) for ferrying people to and from work, because “it aims to make fares low enough to discourage drivers from operating as taxi drivers.” It also noted that Google is not taking a fee for now.

But those aren’t just decisions Google is making because the company feels like discouraging certain actions. It’s also avoiding red tape. Should these trips start generating revenue, that would likely trigger the Waze pilot to be regulated like Uber and Lyft are, at least in California.

The body that does that regulating is the California Public Utilities Commission, which legalized ride-app companies in 2013 by creating a new class of licenses that occupies the ground between ride-sharing and taxis. So-called TNCs (Transportation Network Companies) are made up of people who are using their personal vehicles to give people rides for money, and those companies must provide for special insurance, pay money to the CPUC and adhere to other requirements.

In a statement to TIME asking about where the Waze pilot falls, the CPUC says, “If Waze is facilitating transportation services in personal vehicles for a profit, that would make Waze a TNC and subject Waze to all relevant TNC regulations, which include a comprehensive background check.” But at 54 cents a mile, profit isn’t a concern, just as background checks haven’t been, at least so far.

The pilot program has been limited to 25,00 employees at big companies around the Bay Area like Google, Adobe and Wal-Mart, which is a good way to help ensure that these non-profit trips tick another one of those “true” ride-sharing boxes (though it is not clear whether they, in fact, have been). If the drivers are simply letting their coworkers hitch a ride, for a trip they were going to take anyway, and using the Waze app to meet up, that looks like an incidental trip. Yet if, as the Journal reports, Google opens up the Waze scheme to anyone in San Francisco this fall, that serendipity factor could start to look different.

And there is another challenge that will arise: attracting people to drive strangers around, even if they’re going almost the same place, for a mere 54 cents per mile. Earlier this month, Lyft suspended a similar pilot program, Lyft Carpool, meant to connect people who were commuting up and down the packed Highway 101 corridor that connects San Francisco to Silicon Valley. The amount a driver could make was set at $4 to $10, and the company’s explanation was that after five months of testing, they simply could not get supply to meet demand in a “meaningful” way. (Lyft did not respond to a request for comment on more detail about why the program was suspended.)

Shaheen has researched a different ride-sharing program that is robust in the Bay Area and requires no technology at all. Known as casual carpool, the system is organic and approved but not run by the government. At about 20 spots around the East Bay where Oakland and Berkeley are, people who want rides over the Bay Bridge into the city line up. And drivers who want to fill their car with at least three people, in order to zip through the carpool lane and pay a reduced toll, open their doors. Often there is no money exchanged at all, and drivers aren’t having their names run through sex offender databases by anyone either.

What makes it work, Shaheen had found, is time savings (especially for the driver) and cost savings (for the passenger, who might well be saving time too). Short wait times and trust also matter. User reviews might provide the latter for Waze, but it’s hard to imagine why any driver already in the city (who didn’t have a bottleneck that could be avoided in a carpool lane) would want to go out of their way to pick a stranger up and drop them off elsewhere in the city for such a small amount of cash, assuming they’re still paying the same $30 they did for parking the day before.

Perhaps Google will announce that the company is changing the game in order to bring more drivers into the system and applying to be a TNC in order to reach that critical supply-and-demand that a successful ride-app platform needs to keep users coming back. Perhaps Google would be happy putting the word Waze in people’s heads for now, without building a sprawling marketplace, so people associate that app with getting rides by the time self-driving cars arrive. Perhaps Google will partner more actively with employers as the pilot expands, which can incentivize carpooling participation in crucial measures, Shaheen says. That move would make sense when trying to succeed in a notoriously difficult field.

“Carpooling is hard,” says Randy Rentschler, director of public affairs for the Metropolitan Transportation Commission, which had partnered with Lyft on the “paused” carpooling pilot in the Bay Area. “Waze is another entrant trying to see if they can find a way to make it work but … they’ve all tried in their way, and I think it’s just a frustrating nut to crack.” 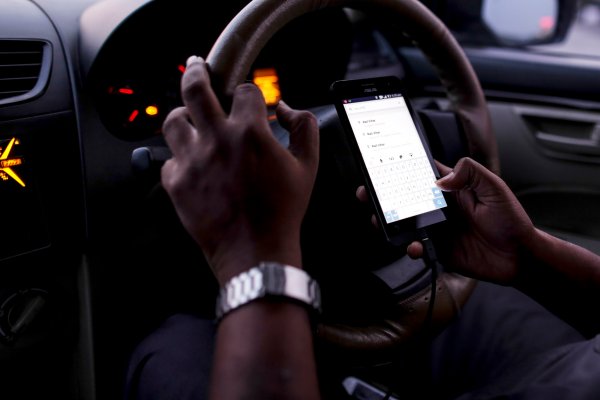 Why Uber Is Trying To Make Nice With Its Drivers
Next Up: Editor's Pick