What Profanity Teaches Us About Ourselves

Basic Books
Ideas
By Benjamin Bergen
Benjamin Bergen is the author of What the F: What Swearing Reveals About Our Language, Our Brains, And Ourselves

Profane words have a direct line to our emotions. They are a spontaneous reflection of strong emotional states, like anger, fear or passion. They are also unequaled in their capacity to inflict emotional pain and incite violent disagreement. They’re the words that provoke the most repressive regulatory reactions from the state in the form of censorship and legislation. In short, bad words are powerful—emotionally, physiologically, psychologically and socially. And because profanity is powerful, it behaves differently from other types of language. It gets encoded differently in the brain. It’s learned differently. It’s articulated differently. It changes differently over time. And that lends it the unique potential to reveal facts about our language and ourselves that we’d otherwise never imagine.

Yet throughout its several-thousand-year history, the scientific study of language has, if anything, mostly tried to sidestep profanity. This is due in no small part to institutional apprehension that academics have about potential reprisal. And with good reason. Last year, LSU professor Teresa Buchanan was fired—despite having tenure—for swearing in lectures.

But things have started to change, in large part because of changes in public language norms. The highly regulated public airwaves don’t carry the bulk of mass communication as they once did. First cable television and then the Internet have created a Wild West for words, where the true will of the people has its way. And if social media are any indication, the people want to be able to swear. And to hear swearing. And to read swearing. As the public has become more accustomed to profanity, taboo words have started to make their way more prominently into mainstream science and brought with them a wealth of new insights.

One of the most important things we’ve learned from profanity pertains to how the brain generates language. The traditional view still taught in introductory psychology textbooks is that specific, dedicated neural circuitry performs specific language functions in humans but not in other animals. Here’s a little technical primer: Wernicke’s Area is thought to compute word meaning. Broca’s Area is thought to coordinate speech sounds. These regions are found in the left hemisphere of the brain in most people (this is the basis for the popular but mostly overblown notion that logical, rational and verbal people are “left brained”). This well-studied language system is part of the evolutionarily new (and in humans, enlarged) cerebral cortex—that most recent and most human embellishment of the primate brain that makes us so much smarter, in the ways we are, than other animals.

This is a nice, clean story. But it’s only partially right, as we now know from neuropsychiatric work on profanity—studies of people with damage to their brains or who developed atypically. This field began with a case study from a French physician named Jacques Lordat in 1843. He wrote about a parish priest, a man of God, who had suffered a serious stroke. And as a consequence of the stroke, the priest retained little ability to speak. He had what we now know as aphasia, which more than a million Americans currently suffer from. His vocabulary was reduced to just two words. The first was je, the French word for “I.” And as for the other word, Lordat wrote that it was “the most forceful oath of the tongue, which begins with an ‘f’ and which our Dictionaries have never dared to print.” That was the French word foutre, whose English translation, a familiar four-letter word, coincidentally also starts with “f.” And with two centuries of accumulated observations, we now know that many people with aphasia exhibit the very same syndrome that Lordat observed in his priest. They find it difficult or impossible to intentionally articulate words or string them together. But some spontaneous language is still preserved—including some of the most vulgar verbal ejaculations in the language.

What this discovery means is that different ways you use language—speaking rationally versus swearing spontaneously, for example—must be generated by different parts of the brain. The famous language circuits I described earlier are only one of two pathways in the brain that produce language. Spontaneous swears are generated somewhere else. But where?

We know that this somewhere else must be on the right side of the brain, not on the left like the traditional language centers. And the evidence comes from a pretty amazing source. There are people—like a patient pseudonymized as E.C—who have their entire left hemisphere removed, usually in order to disrupt otherwise fatal seizure conditions. E.C. had a brain tumor, and when his doctors removed the entire left hemisphere of his brain, he lost all capacity for intentional language. But he still spontaneously and articulately uttered expletives out of frustration.

So spontaneous swearing doesn’t need the language centers of the left hemisphere. Instead, it’s driven by evolutionarily old structures known as the limbic system, buried deep in the brain, that we share with primates and other mammals where they are responsible for emotional calls, shrieks, cries, and growls. Changes to these very same brain structures—the basal ganglia in particular—are observed in people with coprolalia, the uncontrollable use of taboo language often observed in Tourette Syndrome.

This means that when you swear out of frustration, fear, anger or passion, the words you utter offer privileged access to your emotions, laying bare your covert internal experiences, unmediated by rational and deliberate planning.

And this is just one of dozens of insights we’re now able to garner from taking profanity seriously. The time is right to capitalize on profanity to learn about language, not just as the rational product of deliberate reflection, but as part of the impulsive, emotional, hot cognition that is pervasively, if not uniquely, human. 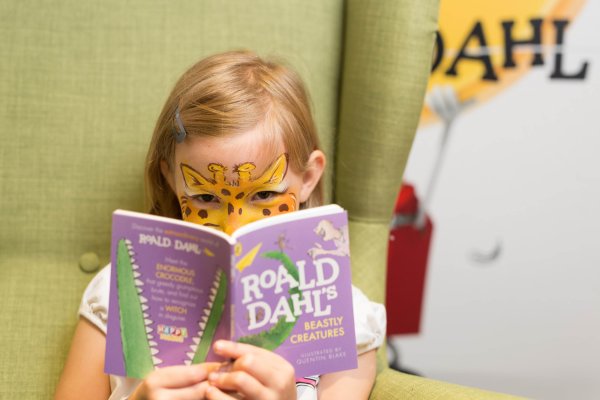 Quiz: Do You Know What These Made-Up Roald Dahl Words Mean?
Next Up: Editor's Pick