Mark Hamill May Have Given Away a Huge Spoiler About Star Wars: Episode VIII

Star Wars: Episode VIII won’t be released for more than a year, but thanks to Mark Hamill, fans may have their first big hint about what’s to come.

The 64-year-old actor — who plays Luke Skywalker in the space fantasy saga — shared a video on Twitter Tuesday in which he shaved off his beard as part of a promotion for his upcoming show Pop Culture Quest. However, given that this facial hair was a part of his seasoned Jedi look in The Force Awakens, Hamill captioned the clip with a galaxy far, far away-themed clause.

“Haven’t seen my chin since May ’15, so #FarewellFacialFur & #ByeByeBeard,” he wrote, adding, “(at least til #EpisodeIX).”

Does this mean everyone can rest easy knowing that Luke survives the events of Episode VIII? Not necessarily. Luke is a powerful Jedi, so if he does die in the eighth movie, he could always appear in the ninth as a Force ghost — a plot device used with characters such as Yoda, Obi-Wan Kenobi and Anakin Skywalker in the past.

Of course, this could also just be a Kit Harington-style misdirect by Hamill to keep fans off the scent of his true fate. 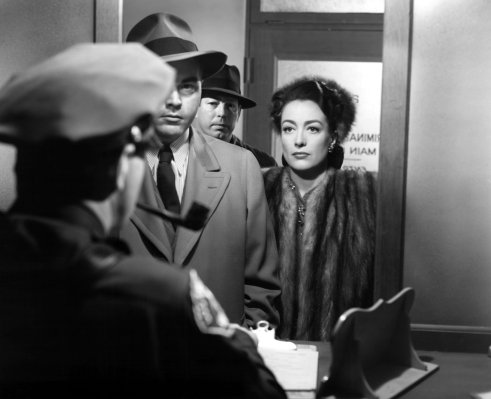 How Tabloids Inspired Film Noir
Next Up: Editor's Pick