Hillary Clinton’s reputation among Americans has hit rock bottom, according to a new survey.

A Washington Post–ABC News poll released Wednesday shows that 56% of Americans view Clinton unfavorably, while 41% have a favorable impression of the Democrat—the worst she’s been viewed in her time in public life.

Clinton’s previous low was in July when her favorable rating was 42%, according to the Post, while her previous unfavorable high was 55% in June.

Trump’s image, however, remains worse, with 63% of Americans holding an unfavorable opinion of him and only 35% having a favorable view.

Clinton’s image had managed to rebound a bit after the Democratic National Convention in July—48% favorable and 50% unfavorable—but things appear to have bottomed out. 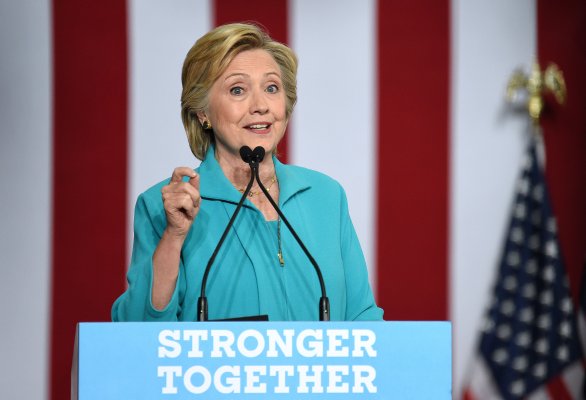 Watch Hillary Clinton Speak at the American Legion Convention in Cincinnati
Next Up: Editor's Pick