The Oldest Fossils Ever Found Were Discovered in Greenland

Scientists have found the oldest physical evidence for life on earth in the fossils of Greenland rocks that are 3.7 billion years old.

The newly discovered fossils are 220 million years older than any previously unearthed fossil evidence, researchers wrote in the journal Nature. The fossils in the rocks are stromatolites, layered formations produced by microbial communities, the researchers wrote.

The discovery indicates that life on other planets was possible at the time.

Researchers said the stromatolites grew in a marine environment. The fossils date back to earth’s Archean Eon, which lasted from about 4 billion to 2.5 billion years ago.

Finding Archean rock is rare because they tend to be heavily twisted and altered, but the researchers hit a stroke of luck when they found an outcrop of rocks under a melted patch of snow in Greenland.

Wavy lines in the rocks revealed evidence of stromatolites, formed from thin layers of the microbial communities that trap and bind sediment. 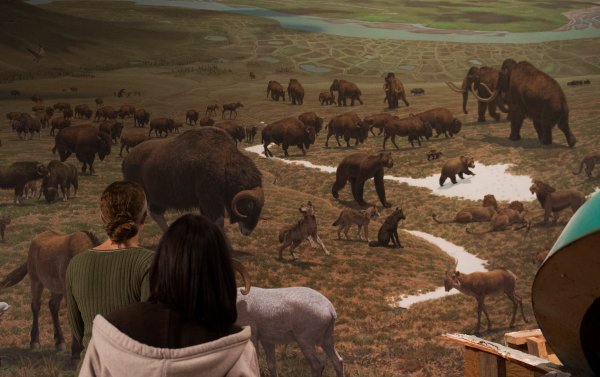 Kid Who Casually Found a Woolly Mammoth Tooth on His Vacation Would Like to Get it Back
Next Up: Editor's Pick