Why Southwest Airlines Is Struggling Through the Summer

This weekend, Southwest Airlines endured any airline’s worst nightmare when an engine failed, forcing an emergency landing that, happily, the pilots navigated safely and successfully. Southwest later called it an isolated incident. That said, it’s one more piece of bad news in what has been a horrible summer for the airline.

For Southwest, the reversal of fortune in the past few months is especially stark given the company’s history as one of the most successful U.S. airlines. The brand consistently ranks near or at the top of consumer surveys, thanks to its aggressive pricing and friendly service. Southwest has long pleased its customers and its investors alike, a rarity in the airline industry.

How successful has Southwest been? If you had bought the stock in 1978, when airline deregulation allowed it to expand outside Texas, and held onto it today, you would have made a 53,700% return on your investment. Had you invested in the S&P 500 instead, you’d have a 2,300% gain. Which isn’t bad — but still.

Between early 2012 and late 2015 alone, Southwest saw a return of 418%, while the NYSE Airline Index rose 176%. Both benefited from an increase in travel as the U.S. economy recovered and as oil prices declined, lowering fuel costs. But Southwest excelled, posting a revenue growth rate that averaged 10% a year and a net income growth rate of 14% a year.

Since the beginning of the year, that dynamic has reversed. The NYSE Airline Index is up 3%. Southwest, by contrast, is down 4%, with the declines accelerating through the summer. First came a glitch in Southwest’s aging computer system that led to 2,000 cancellations and left families and business travelers scrambling for other flights or, worse, stranded in airport lounges or crowded hotels for days.

Such outages haven’t afflicted Southwest alone, as airlines in general have shied away from upgrades to save on costs. Delta grounded 2,000 flights this month following a similar outage. And last summer, United and American had similar glitches but were able to fix them within a day. Southwest’s problem, however, stretched on for several days, leaving plenty of customers outraged.

Customers aren’t the only ones disenchanted with Southwest this summer. Four unions that represent more than two thirds of the company’s 52,000 employees called for the resignations of CEO Gary Kelly and COO Mike Van de Ven, saying they were putting stock performance over investments in people and infrastructure. Southwest’s board brushed this off as a ploy in contract negotiations. Those talks, which began four years ago, have finally boiled over.

Investors, meanwhile, aren’t content either. Shortly after the outage, Southwest reported disappointing earnings and profit for its second quarter, while hinting that future results could also be below analyst expectations. “The impression that investors have is that your priorities at the moment might be somewhat out of order,” griped one analyst on the earnings call. “The impression is that passengers come first.” Such analysts are pressuring Southwest to boost revenue by charging bag fees and raising airfares.

“We care about our people and then in turn we care about our customers,” Kelly replied to the analyst. “To say we’re only going to focus on the shareholders doesn’t work. It’s not sustainable . . . That’s who we are and we’re just not — we’re not going to apologize for that.”

Kelly has become a CEO angling to please everyone, yet somehow leaving everybody angry. Southwest is doing what it can to appease customers with vouchers for fliers affected by the outage and more fare sales. It has authorized another $2 billion in share buybacks to please investors. And on Tuesday, it reached a tentative agreement with pilots to raise their pay by 15% immediately and by 3% a year for the next four years.

The question remains, will it be enough? And if so, for how long? The theme emerging from Southwest’s bad summer is that it’s getting harder to keep all the pieces working at once — to offer low fares and reliable service, to keep the crew in a sanguine mood and to maintain investor expectations. The engine failure, following on the heels of the summer outage, suggest that the well-oiled machine that was Southwest for many years is showing signs of wear. Now it’s in need of an upgrade — but that upgrade is likely to leave some of its constituents unhappy. 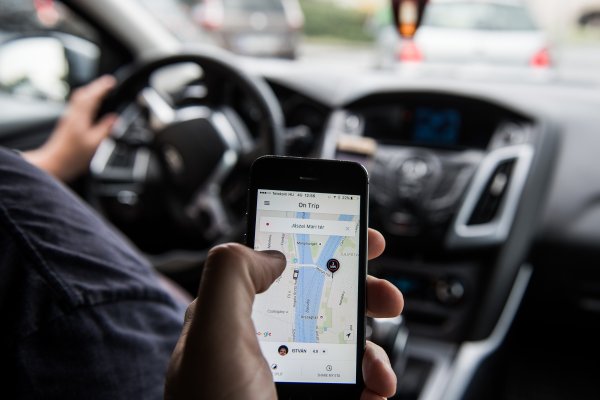 Google Is About to Take On Uber in a Big Way
Next Up: Editor's Pick