Anita and Sonia explore some of their first sensations of sight after their surgery, as they walk through bulrushes near their village, Oct. 28, 2013 in West Bengal, India.
Brent Stirton—Getty Images Reportage
By Olivier Laurent

As hundreds of photojournalists gathered at the Visa pour l’Image photojournalism festival in the south of France this week, the rumors of a large photo agency’s imminent demise were on everyone’s lips. The victim: Getty Images Reportage.

Led by Aidan Sullivan, a former photo editor at the Sunday Times Magazine, Reportage has, for the last nine years, represented some of the world’s most respected photographers from Tom Stoddart to Lynsey Addario and Brent Stirton among many others.

But, Sullivan is now announcing that, starting in October, Reportage will cease to represent them – at least for editorial assignments.

Instead, Sullivan, backed by Getty Images, will launch a new commercial agency called Verbatim that will represent Reportage’s roster of photographers to commercial clients. “The role of the traditional photo agency has changed dramatically, a direct consequence of the seismic shift in the industry that has seen a reduction in available funding for photographic projects and assignments,” Sullivan tells TIME. “As my job is to represent the group of extraordinarily talented photographers I work with and find them revenue-generating assignments, it was clear to me that just sitting around and relying on these traditional sources of income was pointless.”

The plan for Verbatim is to bank on companies’ needs for strong visual narratives. The new agency will become a Getty Images subsidiary with new offices in London and New York. Most of the Reportage employees will transfer to Verbatim, except for two who will remain behind to manage sales of archival and newly-produced content. They will also manage Reportage’s Emerging Talent program, which promotes the work of up-and-coming photographers. (Reportage will otherwise exist only as an archive.)

As part of the deal, Getty Images will also close its Global Assignment desk and refer its photographers to Verbatim.

Yet, Sullivan isn’t ready to give up on photojournalism. At Verbatim, he will launch a fund to finance the editorial work of his photographers, echoing Magnum Photos’ move to self-fund its own editorial projects. 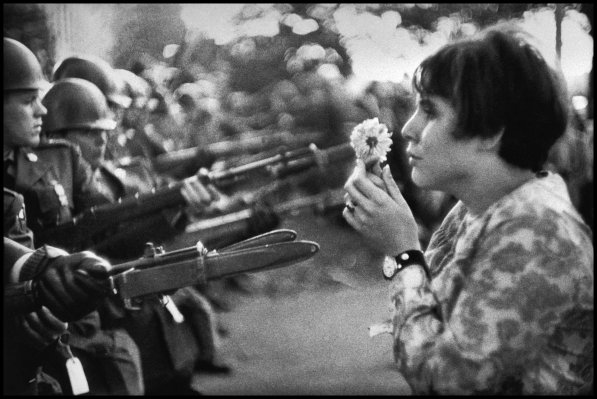