Chris Brown Arrested on Suspicion of Assault With a Deadly Weapon: Police

L.A. police said Chris Brown was arrested on suspicion of assault with a deadly weapon on Tuesday.

The news came after what appeared to be an hours-long standoff with the police, who waited for a search warrant outside Brown’s home after he refused them entry, the Los Angeles Times reported earlier. They were responding to a call from a woman who said Brown had threatened her and pointed a gun at her before she ran outside to call police.

During the standoff Tuesday, Brown posted videos of complaint on social media, where he said he was innocent. When police finally obtained the warrant, they searched the home for any weapon Brown may have used.

According to the L.A. Times, a woman named Baylee Curran says she was the woman involved in the incident, and claims that Brown pointed a gun at her after she admired another man’s diamond necklace. She says she then fled the home, had an argument outside with one of Brown’s guests over retrieving her phone, then hid on an adjacent property to call the police.

After assaulting his then-girlfriend Rihanna in a highly publicized incident, Brown served probation from 2009 until 2015. 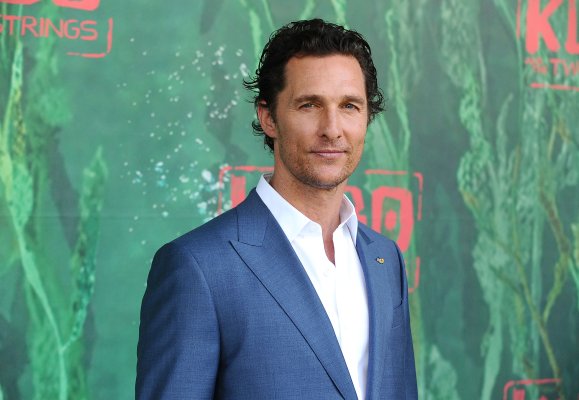 Professor Matthew McConaughey Goes Back to School in Austin
Next Up: Editor's Pick