Carmel Johnston, Crew Commander for Mission 4, reenacts a spacewalk in a lava field near the HI-SEAS habitat on the island of Hawaii on Aug. 29, 2016. The crew emerged from 365 days in isolation on Aug. 28.
Cassandra Klos for TIME
By Jeffrey Kluger

Mars has more than one way to kill you—the extreme cold, the lack of water and atmosphere, the incoming streams of solar radiation. Earth—warm and wet with an atmosphere that both sustains life and protects it by deflecting charged particles from the sun—is a much kinder place.

But there’s one thing that does make our planet a much rougher neighborhood than the one next door: volcanoes. That presents real hazards for the crews stationed at the HI-SEAS simulated Mars habitat on the flank of the Mauna Loa volcano in Hawaii.

Volcanism is by no means unknown on Mars. Indeed, the planet is home to what is far and away the largest volcanic mountain in the solar system—Olympus Mons, which rises 16 mi (25 km) above the Martian plains. Earth’s largest is Mauna Loa, a pipsqueak by comparison, at just 2.6 mi. (4.1 km).

The difference is that Olympus Mons and Mars’s other, smaller volcanoes are either inactive or erupt exceedingly rarely. No such luck on Earth.

Volcanoes regularly erupt all over the world and one of the most active is Mauna Loa, which has has blown its top 33 times since 1833, most recently in 1984. All the same, Mauna Loa’s remoteness and rocky red expanses of broken lava make it an ideal place for NASA’s and the University of Hawaii’s HI-SEAS (Hawaii Space Exploration Analog and Simulation) teams to practice for the rigors of long-term isolation on Mars.

So far, four HI-SEAS crews have completed four missions—two of four months, one of eight months, and one, which ended on Aug. 28, of one year. The six-person crews share a 1,200 sq. ft. (111 sq. m.) habitat, remain in contact with mission controllers and family only by email, internet and audio links and go outside only in simulated full-body spacesuits.

The HI-SEAS habitat is pictured from a distance on the island of Hawaii on Aug. 29, 2016.
Cassandra Klos for TIME

That’s where the danger begins. The outdoor expeditions involve real geology studies similar to those that would be done on Mars, with crews mapping the local topography and gathering samples for analysis. That topography, however, is a product of volcanoes, and while there’s no danger Mauna Loa would erupt while a crew is in place—volcanologists can predict eruptions far in advance—the mountain is covered with the remains of earlier eruptions.

Hawaii has two principle types of lava flows: pahoehoe (PAH-hoey-hoey) and a’a (ah-ah), and if you have your choice, you really want the first one. Pahoehoe is a exceedingly thick lava that can actually flow both uphill and down and will harden into smooth, undulating fields. A’a flows are rocky and sharp and leave behind a treacherously jagged range. Ever step on a single Lego in bare feet in a dark room? Imagine an entire mountainside of that. Now imagine trying to negotiate either kind of field in a bulky spacesuit with a face plate that constricts your vision.

A detail of a lava field at the HI-SEAS Mars simulation habitat on the island of Hawaii on Aug. 29, 2016.
Cassandra Klos for TIME

Worse are the lava tubes, long networks of tunnels cut by flowing lava that harden on top but remained molten within. After the eruption is over and the liquid lava flows out and away, the network of tubes remain.

Vertical tubes often open up in the bottom of deep crater-like formations, like the drain in a huge sink—a drain you very much don’t want to circle. Horizontal tubes sometimes don’t show themselves until you’re walking over what appears to be solid ground and the roof of the tube collapses under you. Sheyna Gifford, the physician on the recent one-year crew, badly banged and twisted a knee when part of a tube gave way while she was on an expedition. By lava-field standards, that was a luckily minor injury.

Exploration, of course, has never been a risk-free thing. That’s always been true on Earth, it was true when we went to the moon and it will be truer still when we travel the tens of millions of miles to Mars. Still, the dangers the HI-SEAS teams willingly face now might help make things just a little safer for the interplanetary crews who follow. 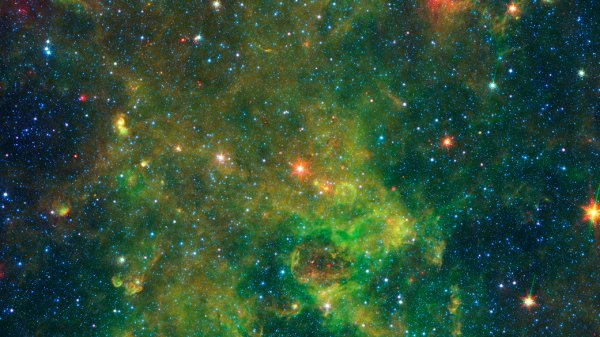