You’ve never been to a spinning class quite like the one that Ariana Grande leads in her new video for “Side to Side,” featuring rap queen Nicki Minaj.

The song — off her Dangerous Woman album — is about an ill-advised crush, but like the duo’s performance at Sunday night’s MTV VMAs, the video skips over that theme to instead focus on the biggest trend of 2016: fitness. Sexy, fashionable fitness. This video also might just double as an at-home workout video, if you’ve got a stationary bike or some handheld weights.

In the unabashedly sultry clip, Grande leads a class of bombshell cyclists through a SoulCycle-style disco ride, complete with synchronized dance movements that will have you feeling the burn — all while the ladies of her spinning tribe wear major heels and minimal shorts. They break it down in the gym, too, before Minaj appears to add steam to the song (and video) in a sauna filled with glistening, shirtless male models.

While the track itself isn’t quite an earworm like prior hit “Into You,” the video will definitely have you raising an eyebrow, as will Minaj’s saucy NSFW lyrics.

Watch it above and see if you don’t also feel the urge to book it to a gym, stat. 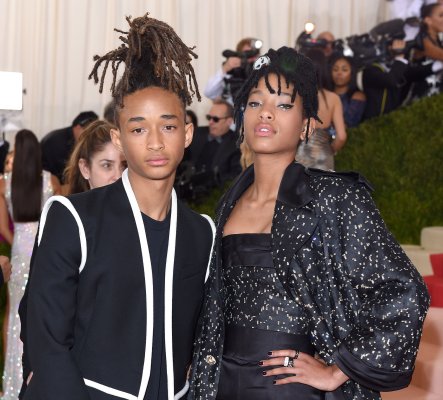 Willow and Jaden Smith Just Want to Know Where the Love Is
Next Up: Editor's Pick