Close-up of a gymnast on beam.
Getty Images
By Scooby Axson/Sports Illustrated

A judge ruled on Monday that the sexual abuse complaint files compiled by USA Gymnastics should be released to the public, reports The Indianapolis Star.

The release of the files has the potential to show how USA Gymnastics investigated allegations that coaches sexually abused children.

Judge Ronald K. Thompson from Effingham County, Georgia ordered the release of 54 sex abuse complaint files and 12 depositions in the case, where a former gymnast accused of USA Gymnastics of negligence for not reporting four separate allegations of abuse. The files cover a 10-year period.

An investigation by the Indianapolis Star revealed that executives of USA Gymnastics have a policy of not forwarding sex-abuse allegations to authorities unless a victim or their guardian signs them.

USA Gymnastics said it plans to appeal the judge’s ruling. If the records are released, barring a ruling from a higher court, the names of victims, their families, and the names of coaches who have not been convicted of anything will be redacted.

“Any information that’s released, these reporters, who are literally on a witch hunt, are going to go and track down,” USA Gymnastics attorney Michael Athans said. “For so many people, it’s going to dredge up I don’t know what kind of memories, what kind of situations. … There is no public interest in that.”

The court plans the release of the files by Sept. 30.

“All of this is of public interest,” Judge Thompson said. “The court doesn’t disagree with that.” 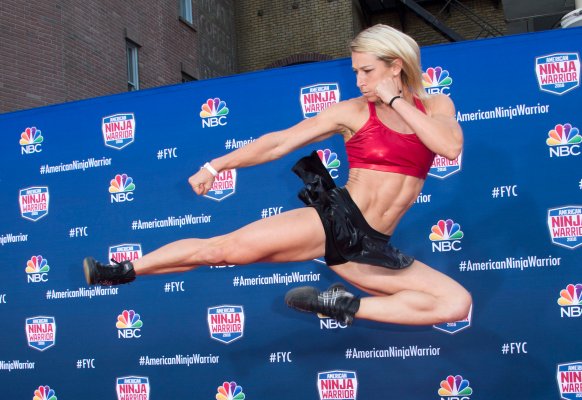 This 'American Ninja Warrior' Competitor Proves 'Feminine is Strong'
Next Up: Editor's Pick