Fox News sharply responded to Andrea Tantaros’ sexual harassment lawsuit in legal filings on Monday, saying the former network host “is not a victim; she is an opportunist.”

Tantaros, who co-hosted the network’s “Outnumbered” and “The Five,” filed her suit against Fox News last month, charging that she was taken off the air after she complained of sexual harassment. She also alleged that Fox operated “like a sex-fueled, Playboy Mansion-like cult, steeped in intimidation, indecency and misogyny.”

Tantaro’s claims came after Gretchen Carlson filed suit against former Fox New Chairman and CEO Roger Ailes. Fox News responded to Carlson’s suit by opening up an internal investigation into her claims. At least seven other women have publicly accused Ailes of harassment. Ailes denies the sexual harassment claims. He recently stepped down from his post.

But Fox said in a filing in New York State Supreme Court on Monday that Tantaros’ lawsuit is “baseless” and “filled with falsehoods,” and asked the court to send her suit to arbitration. Fox says Tantaros was taken off the air because she breached her contract by publishing a book without seeking the network’s approval.

“Over the last few weeks, 21st Century Fox (Fox News’ parent company) has made clear its commitment to providing a safe and dignified workplace at Fox News: by immediately launching an investigation in which women were encouraged to report their experiences under conditions of confidentiality, and by committing to make things right with those women who were not treated with the respect that they and every employee deserve,” lawyers for Fox said in the filing. “Tantaros’s unverified complaint of August 22 in this Court bears all the hallmarks of the wannabe’: she claims now that she too was victimized by Roger Ailes, when, in fact, contrary to her pleading, she never complained of any such conduct in the course of an investigation months ago.”

Tantaros said through a lawyer on Monday, before the filing was made public, that she would take a lie detector test if the defendants named in her suit—which named Ailes, current Fox News co-president Bill Shine, and Fox News host Bill O’Reilly—also submitted to such a test. 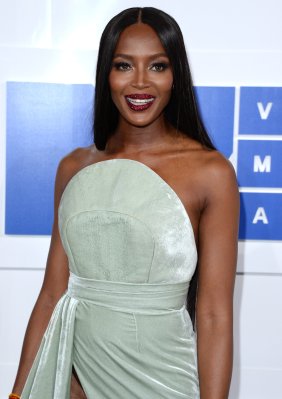 Naomi Campbell Imagined Being Bombed By Drones for Music Video
Next Up: Editor's Pick