Victim in St. Paul's Rape Case Speaks Out For First Time: "I Don't Want Anyone to Do This Alone"

The schoolgirl who was sexually assaulted by Owen Labrie, an older student at St Paul’s School in Concord, NH., revealed her identity for the first time on Tuesday.

Chessy Prout said she wanted to go public to stand up for herself and other victims of sexual assualt. “It’s been two years now since the whole ordeal, and I feel ready to stand up and own what happened to me,” Prout said in an interview with Today show anchor Savannah Guthrie that aired on Tuesday morning. “And I’m going to make sure that other people, other boys and girls, can own it, too.”

Prout, now 17, was 15 years old when she says she was raped by Labrie, then 18, as part of a tradition known as “Senior Salute” in 2014. Last August, Labrie was convicted of a felony charge of using a computer to lure a minor into a sexual encounter, three misdemeanor sexual assault charges, and one misdemeanor child endangerment charge, but acquitted of the higher charge of felony rape. He was sentenced to a year in jail and probation, but has since been released on bail as he appeals the conviction.

“I hope he learns,” Prout told Guthrie. “I hope he gets help. And that’s all I can ever hope for in any sort of process like this. Because if he doesn’t learn, he will do it to another young woman.”

Prout filed a lawsuit against St. Paul’s School in June, alleging that her former school’s administrators didn’t do enough to protect her. Her decision to go public comes after St. Paul’s asked a federal court that she not be allowed to remain anonymous during court proceedings because of her attempts to disparage the school. Her parents announced last Friday that they had agreed she could be named in court.

St. Paul’s “categorically” denied that the school had a culture of sexual assault in a statement to the Today show.

“As was the case when the survivor was a student here and subsequently, the School admires her courage and condemns unkind behavior toward her. We feel deeply for her and her family. We have always placed the safety and well-being of our students first and are confident that the environment and culture of the school have supported that,” the school said in the statement. “We categorically deny that there ever existed at the School a culture or tradition of sexual assault. However, there’s no denying the survivor’s experience caused us to look anew at the culture and environment. This fresh look has brought about positive changes at the School.”

She said that she wanted to go back to St. Paul’s after the rape, but said she felt alienated by some of her former peers and confused as to why the school wasn’t doing more to change the school’s culture in the wake of her assault.

“I tried my best to go back to my school and try to have a normal life again. But if they’re going to treat this topic as a joke, this is not a place I want to be,” she said. “Everybody pretty much knew. None of my old friends that were boys would talk to me…And nobody was talking about the issue in itself, and they weren’t trying to prevent it from happening to anyone else.”

Prout’s parents, Alex and Susan, also spoke out with Guthrie, saying that they were shocked St. Paul’s didn’t try to work with them following their daughter’s assault to prevent similar incidents in the future.

“If ever there was a family to work with, it would have been our family,” Susan Prout told Guthrie. “We loved the school….and unfortunately, it seems like the school’s reputation became more important, rather than supporting each other.”

Now, Prout says she’s working with non-profit Promoting Awareness Victim Empowerment (PAVE) to empower other sexual assault survivors to come forward with their experiences. Prout and PAVE will launch a new site on Tuesday called, I Have the Right To. 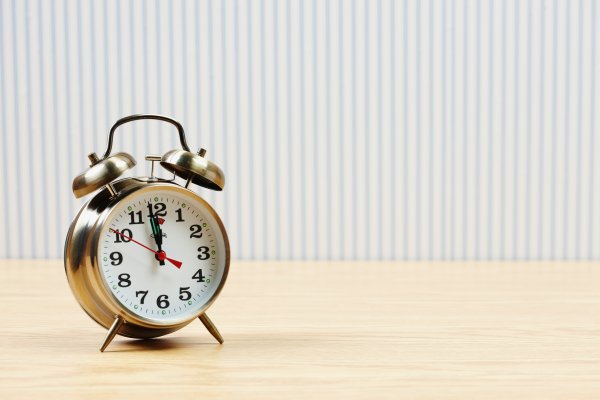 How I Stick to Waking Up at 5 A.M.
Next Up: Editor's Pick