Bangladeshi Jamaat-e-Islami party leader, Mir Quasem Ali, waves his hand as he enters a van at the International Crimes Tribunal court in Dhaka on Nov. 2, 2014
Stringer—AFP/Getty Images
By Rishi Iyengar

Bangladesh’s top court has paved the way for the execution of one of the country’s senior Islamist leaders — convicted two years ago of atrocities committed during the country’s 1971 war of independence — by dismissing his final appeal for clemency on Tuesday.

Mir Quasem Ali can now only be saved from the noose by a presidential pardon, Bangladeshi newspaper the Daily Star reported.

Ali, a former media tycoon who served as a financier for the country’s biggest Islamist party Jamaat-e-Islami, was convicted of war crimes in 2014 by a special tribunal set up by Prime Minister Sheikh Hasina four years earlier. He faced several charges including torture, confinement, murder and inciting religious violence.

Four of the party’s leaders have already been executed since 2013, former chief Motiur Rahman Nizami among them. The war-crimes tribunal has been a bone of contention between Hasina’s Awami League and opposition parties, which say she has misused it to target political adversaries.

Official estimates cited by Reuters indicate that close to 3 million people were killed and thousands of women raped during the 1971 war, as a result of which Bangladesh was liberated from Pakistan.

The decision against Ali, 63, comes as the South Asian nation contends with rising Islamic extremism, with several fatal attacks over the past year. 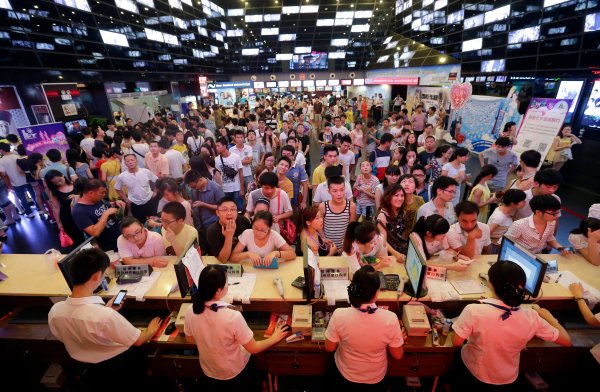 China's Censors Take Aim at the Country's Film Industry
Next Up: Editor's Pick