Teen Who Disappeared During Spring Break Raped and Fed to Alligators: FBI

A New York teenager who vanished during a spring break trip seven years ago may have been adducted, gang-raped and shot before she was fed to alligators, an FBI agent said.

Authorities have not been able to find Brittanee Drexel since she disappeared from Myrtle Beach in 2009 when she was 17. FBI Agent Gerrick Munoz said investigators now believe a prison inmate who claims he was present when the Rochester girl was killed knows how she died, the Post and Courier of Charleston reports.

Inmate Taquan Brown claims he saw Drexel being sexually assaulted in a “stash house” before being shot and killed, according to the newspaper. Munoz also said “several witnesses have told us Miss Drexel’s body was placed in a pit, or gator pit, to have her body disposed of. Eaten by the gators.”

No one has yet been charged in Drexel’s death, the Democrat & Chronicle reports. 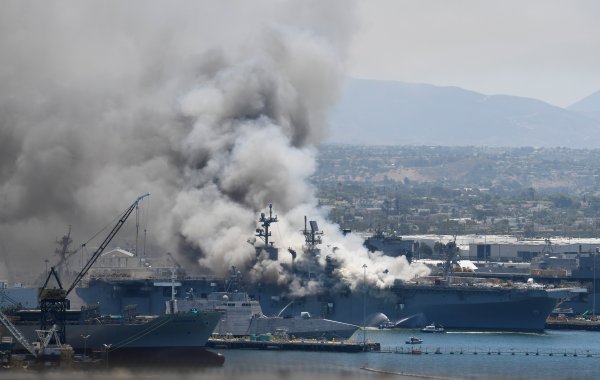 11 Injured After Explosion at San Diego Naval Base
EDIT POST