How ISIS Twisted the Meaning of 'Caliphate'

Basic Books
Ideas
By Hugh Kennedy
Kennedy is a professor of Arabic at SOAS, University of London, and the author of Caliphate

What is caliphate? What does the term mean? What is the history of the idea? Is it an ancient irrelevance, only interesting as a voice from a past that is safely consigned to history? Or is it a concept that we can interpret and use today?

The concept of caliphate has had many different interpretations and realizations through the centuries, but fundamental to them all is that it offers an idea of leadership which is about the just ordering of Muslim society according to the will of God. Some have argued that the caliph is the shadow of God on earth, a man whose authority is semi-divine and whose conduct is without blame; many more would accept that the caliph was, so to speak, the chief executive of the umma, the Muslim community, an ordinary human with worldly powers, and there is a wide spectrum of ideas in between. All are informed by the desire to see God’s will worked out among all Muslims.

In order to understand ISIS’s idea of caliphate, and why it should prove relevant and important to many, we have to understand its roots deep in the Muslim tradition. ISIS has made the revival of the caliphate a keystone of its project for Islamic renewal, and the response this has generated shows the potency of the idea almost 14 centuries since it first emerged. For modern Islamists searching for a basis to construct a viable political vision for the revival of the Muslim umma, the events of the four centuries between the death of the Prophet Muhammad in 632 and the coming of the Crusaders to the Middle East in 1097 are at once an inspiration and a justification.

These events continue to be an inspiration partly because they recall a world in which the caliphate was the most powerful and advanced polity in the whole of western Eurasia, when Baghdad had a population of some half a million while London and Paris could only boast a few thousand inhabitants, when the caliphate administered huge areas with a standing army and a literate and numerate bureaucracy and Baghdad and Cairo were huge centres of trade and culture. To anyone within the Muslim tradition or outside it, knowledge of the history of this period can encourage that cultural self-confidence which is essential to any civilization if it is to live at peace with itself and with its neighbours.

But it goes further than that. For some Muslims, the history of the caliphate points to a time when Muslims were God-fearing and devout, puritanical and self-disciplined, and always willing to sacrifice their lives in the path of Allah. This vision is not simply a nostalgic memory. To a degree not found in any other contemporary political discourse, this ancient past justifies the present for certain Islamist groups. Reading such contemporary propaganda as the ISIS periodical Dabīq, it is impossible not to be struck by the constant references to the acts of the Prophet Muhammad, the sahāba who were his companions and disciples, and the early caliphs. If they did something, the argument goes, then we should follow their example. No further justification is needed, and even the most apparently cruel and barbaric actions require no further legitimization if they can be shown to be following the examples of such great heroes. We cannot understand what these loud and insistent voices are saying, still less argue against them, unless we too go down the road into the ancient past.

History has a power for this tradition which we do not find elsewhere. No one in Britain looks to the Anglo-Saxon Chronicle, a work that dates from the same centuries as the early Arabic sources, and uses it as a way of justifying political behaviour today. It may intrigue us, it may give important insights into the ways our ancestors conducted themselves and the deeds of King Alfred may even, in a general way, be inspirational, but they will not be normative, nor will they provide instructions or excuses for today’s and tomorrow’s behaviour.

Many Muslims have embraced the argument that such an institution is the best way of ordering human society, but caliphate is a many-splendored thing. There is no one way, no single template or legal framework which defines caliphate. History tells us that there have been caliphs of many different sorts, warrior caliphs, pious caliphs, intellectual caliphs, pleasure-loving caliphs, incompetent caliphs, cruel and tyrannical caliphs. They are all part of the caliphal tradition. There has never been one generally agreed view of what powers the office should have, who is qualified to be caliph and how caliphs should be chosen. Perhaps it is this flexibility, even uncertainty, which has enabled the idea to survive so long and have traction in so many different Muslim societies.

You can choose what you want to take from this tradition, but the choice is yours. If you want a caliphate which is aggressive and fiercely controlling of the Muslim population, you can find precedents in the vast historical records. If you want a caliphate which is generous and open to different ideas and customs while, of course, remaining true to its vision of God’s will and purpose, then you can find that in the historical tradition too. The past bears many different messages.

There are those who see caliphate as a vehicle for imposing their particular and often very narrow view of Islam on the umma; there are others who see caliphate as a justification for aiming at world conquest; but there are equally those who see caliphate as simply providing a framework in which Muslims can strive to live a godly life and make up their own minds about the best way to this. There are those who have looked to the caliph as God’s representative on earth with semi-divine powers; others who have seen his role as protecting the Muslim community from its enemies by collecting taxes and raising armies. And we should not forget those who remember with pride the open, broad-minded and inclusive societies presided over by the great Abbasid and Fatimid caliphs and the superb intellectual and artistic achievements they encouraged.

The history of the caliphate, and Islamic history more generally, must not be the possession of one interpretation or one narrow view, rather we should all, Muslim and non-Muslim alike, rejoice in the richness and variety of the experience of caliphate through the ages.

Adapted from Caliphate: The History of an Idea, copyright © 2016 by Hugh Kennedy. First hardcover edition published Oct. 11, 2016, by Basic Books. All rights reserved. 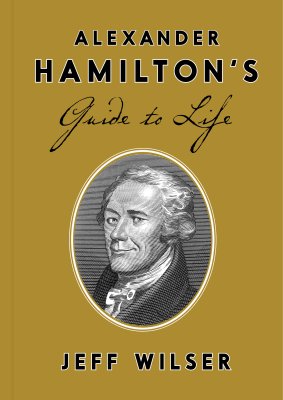 How Alexander Hamilton Can Help You Get Promoted
Next Up: Editor's Pick