How Gene Wilder Channeled His 'Hysteria' Into Success

Gene Wilder, the Blazing Saddles star whose death at 83 was announced on Monday, knew that his fame was tied to a certain frenetic energy that, in his wake, can only be described as, well, Gene Wilder-esque. In 1970, on the occasion of the release of his movie Quackser Fortune Has a Cousin in The Bronx, he told TIME that he had worried about being typecast until that latest film had come along.

“There was always a reservoir of hysteria in me that I could call upon as an actor,” he said at the time. “As I grew out of it, I became more and more dissatisfied with the parts I was playing. But Hollywood, of course, couldn’t keep up with my psychological advancement. So I played hysterical accountants [The Producers], nervous undertakers [Bonnie and Clyde], and mad aristocrats [Start the Revolution Without Me].”

But even though he didn’t want to get pigeonholed, that “reservoir of hysteria” was hard-won, through personal troubles and firsthand research:

Eventually, however, as agitation brought his success on screen, he was able to try to relax in real life—to look for happiness in the face of anxiety.

“My quiet exterior used to be a mask for hysteria,” he said in 1970. “After seven years of analysis, it just became a habit.”

Read the full profile, here in the TIME Vault: The Happy Peasant 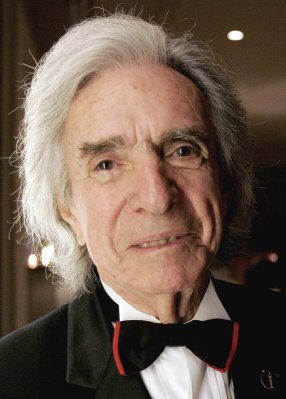