The Holocene Epoch, which witnessed milestones from the development of Crater Lake to the invention of the electric guitar, died prematurely Monday in Cape Town at the age of 11,650. It is survived and succeeded by the Anthropocene Epoch.

The cause of death was the rapid alteration of the earth’s ecosystem due to nuclear weapon tests, micro-plastic pollution, agriculture, carbon emissions and other human contributions to the changing environment, according to the Anthropocene Working Group. News of the Holocene’s death could not be independently confirmed by the International Geological Congress, which is conducting a review of the evidence surrounding the epoch’s death.

If confirmed, the Holocene’s death at eleven-and-a-half millennia would make it by far the shortest-lived of its ancestors. Its immediate predecessor, the Pleistocene Epoch, died at over 2.5 million years old, while the Eocene Epoch survived to be nearly 22 million. But even for an epoch cut so tragically short, its accomplishments stand out.

“It set up these Goldilocks conditions for human civilization to take off,” says Nicholas Spano, a graduate student researcher at the Department of Integrative Biology and Museum of Paleontology, University of California, Berkeley. “During the Holocene, earth’s climate as a whole became much more stable.”

Early in its life, the Holocene’s warm, stable climate helped facilitated the development of agriculture around the world, which in turn made possible the flourishing of Homo sapiens, the species that would above all else define the epoch.

Among the Holocene’s many later accomplishments were the proliferation of plant and animal life as the planet became more hospitable, the invention of writing and Bing Crosby’s 1944 hit “Don’t Fence Me In.”

But like so many other epochs, the Holocene experienced its share of tragedy as well. The last of the woolly mammoths perished under its watch, as did a great many other large species—often done in by human hunters. The rapid deforestation that accompanied agriculture and the domestication of animals has even led some to argue that the Holocene had in fact been deceased for quite some time, as humans have reshaped the environment over the course of centuries.

Read More: The Plight of the Honeybee

Not everyone agrees on what comes next, though. “I don’t mind the term anthropocene, I just don’t want it capitalized,” says paleoclimatologist William Ruddiman. “The term is only useful if you use it informally, because obviously we’re having huge impacts on the environment.”

In lieu of flowers, climatologists request that the flowers be left alive in the ground. 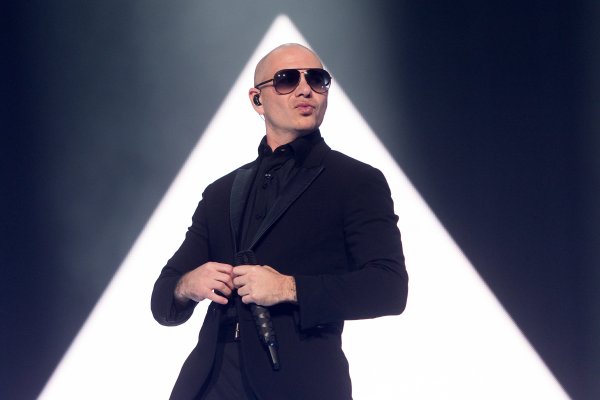 Pitbull Has an Interesting Reason for Calling His New Album <em>Climate Change</em>
Next Up: Editor's Pick