Want to clear the air in your home or workplace? Get some greens, says research presented recently at the American Chemical Society’s annual meeting. But not just any greens: The new study looked at five common house plants and found that when it comes to removing harmful chemicals from the air, some are better than others.

Indoor air pollution is a common and important threat to human health, according to researchers from the State University of New York Oswego, and can even lead to symptoms of “sick-building syndrome,” such as headache and fatigue. Volatile organic compounds (VOCs), which are emitted as gasses from cigarette smoke, paints, furniture, copiers and printers, cleaning supplies, and dry-cleaned clothes, are often to blame.

“Buildings, whether new or old, can have high levels of VOCs in them, sometimes so high that you can smell them,” says Vadoud Niri, PhD, an assistant professor of chemistry who led the new study. Inhaling large amounts of VOCs can cause short- and long-term health problems, he adds, including dizziness, asthma, and allergies.

Health.com: The 10 Worst Plants for Your Allergies

Installing ventilation systems or other high-tech solutions can help remove VOCs from indoor environments—but they can be expensive, and Niri wanted to find a cheaper, simpler way to improve air quality. So he turned to plants, which take in carbon dioxide through their roots and leaves. Previous research has also shown that greenery can absorb VOCs like benzene, toluene, and formaldehyde.

Niri and his colleagues built a sealed chamber containing a mix of different VOCs and monitored it over several 12-hour periods, both with and without different plants inside. They measured how quickly each plant took in the different VOCs, and how much of the chemicals remained in the air by the end of each experiment.

While all of the plants they tested reduced at least some of the air pollution, certain ones were more helpful than others. “Based on our results, we can recommend what plants are good for certain types of VOCs and for specific locations,” says Niri. Here’s a breakdown of the five plants they tested and what, exactly, they found:

All five plants did a good job removing acetone (you’ve probably noticed its smell in nail salons—the pungent chemical is present in nail polish remover). But the popular Dracaena plant, with its trunk-like stems and shiny leaves, took in more of the gas than any other greenery tested (94% over the 12-hour study period).

Health.com: How to Reduce Pet Allergens at Home

Out of the five plants tested, this easy-to-care-for succulent—also known as a friendship tree, lucky plant, or money tree—was the best at removing toluene (91%), a strong-smelling chemical often associated with paint thinners.

Health.com: How to Protect Your Home from Dangerous Mold and Mildew

The spider plant ranked first for removing ethylbenzene (62%), p-Xylenes (92%), and o-Xylene (93%)—chemicals that are found in inks, rubbers, adhesives, paints, and varnishes. This plant is adaptable to many environments, and often produces baby plants, or spiderettes, that can be repotted and grown to full size.

This spiky, colorful house plant (it’s related to the pineapple!) was best at removing benzene (92%), a toxic gas present in motor vehicle exhaust and cigarette smoke. It was also the most effective, overall, at removing multiple VOCs—taking up more than 80% of six out of the eight chemicals studied. For this reason, “it could be a good plant to have sitting around in the household or workplace,” says Niri.

These hardy cacti produce tiny flowers and grow well with lots of sunlight. While it was not the best at removing any one chemical, it did still remove more than 80% of ethylbenzene, p-Xylenes, and acetone, and about 60% of benzene, toluene, and o-Xylene.

The idea of using plants to remove chemicals from indoor air isn’t new; it’s known as biofiltration or phytoremediation and has been studied since the 1980s. (NASA did some of the first and most cited research on the topic.)

Other research has looked at how specific plants can remove single VOCs, such as formaldehyde, from the air. But Niri’s research (which is illustrated in a new video from the American Chemical Society) differs in that it compared various plants and looked at the rate of simultaneous removal of several VOCs.

Niri points out, however, that his study was performed in a sealed chamber—not a real-life setting. The next step in his research is to test these plants’ abilities in an actual room; he’d like to eventually put plants in a nail salon for several months, for example, to see whether they can reduce levels of acetone that are potentially harmful to people working there.

He also says that while plants may significantly improve air quality in polluted indoor areas, it’s still better to eliminate the source of these harmful chemicals in the first place. Cigarette smoke, for example, has been shown to release more than 7,000 chemicals into the air. “The plants might take up some of the VOCs,” Niri says, “but I don’t think they will be able to get rid of all the chemicals and the smell of cigarette.” 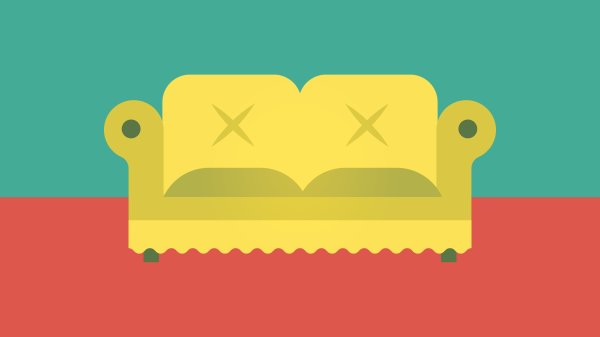 You Asked: Can My Couch Give Me Cancer?
Next Up: Editor's Pick