What to Know About Anthony Weiner’s Sexting Scandals

Former Congressman Anthony Weiner, who resigned in disgrace after being embroiled in a sexting scandal five years ago, is facing a new public embarrassment Monday after his wife, Huma Abedin, announced she is separating from him amid another sexting allegation. Here’s what we know about his history of sexting scandals:

What is the newest sexting scandal?
Weiner was thrust back into the spotlight Monday after the New York Post reported that the ex-lawmaker has been sexting with at least one other woman. The newspaper published a lurid photo on its front page of Weiner lying in bed in his underwear alongside his young son. Weiner allegedly sent the photo to the woman, according to the Post. The unidentified woman told the tabloid that she and Weiner began chatting in January 2015 and that their conversations carried on through this month.

What has been the fallout?
Abedin, longtime top aide to Democratic presidential candidate Hillary Clinton, announced on Monday that she is splitting from her husband “after long and painful” consideration and “work” on their marriage. “Anthony and I remain devoted to doing what is best for our son, who is the light of our life,” she said in a statement. Weiner, an active social media user, also appeared to have deleted his Twitter account.

When did he first get in trouble?
Weiner resigned from Congress in 2011 after admitting that he had exchanged “messages and photos of an explicit nature with about six women over the last three years.” He tried to put the incident behind him and ran for mayor of New York in 2013, but lost in the primary after new explicit text messages surfaced.

How has Huma Abedin reacted in the past?
Abedin stood by her husband’s side during the initial 2011 sexting scandal and later as new texts and photos came to light during Weiner’s 2013 mayoral run. “Our marriage, like many others, has had its ups and its down,” Abedin said at a news conference in 2013. “It took a lot of work and a whole lot of therapy to get to a place where I could forgive Anthony. It was not an easy choice in an way, but I made the decision that it was worth staying in this marriage.”

“I love him. I have forgiven him. I believe in him,” she added. “We are moving forward.”

Weiner said at the time that he was “pleased and blessed” that his wife gave him a “second chance,” admitting that his actions were “problematic to say the least and destructive to say the most.”

“As I’ve said in the past, these things that I did were wrong and hurtful to my wife and caused us to go through many challenges in our marriage that have extended past my resignation from Congress,” Weiner said. “This behavior is behind me.”

Weiner and Abedin tied the knot at Oheka Castle in Huntington, L.I. in July 2010, according to Politico. Their son was born in December 2011, the New York Post reported. 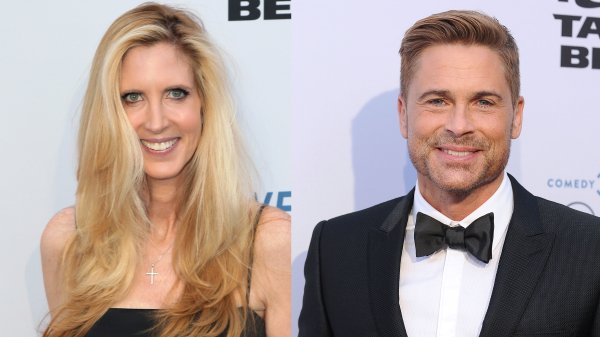