Trump’s Democratic rival Hillary Clinton has been calling for Trump to release his tax returns, a customary practice among presidential nominees, since early in the general election season. But Trump hasn’t budged, saying he won’t release his returns while he’s under audit. According to the poll, many voters question Trump’s reasoning with 52% speculating the returns show something the candidate may not want voters to know. Only 24% of voters believe the audit is holding him back.

Clinton also faced scrutiny from voters over reports that she met with Clinton Foundation donors during her time as Secretary of State. Fifty-four percent of voters believe donors to her family’s nonprofit were given special treatment.

The poll still shows Clinton with a slight lead over Trump with 46% of likely voters saying they’ll cast their ballots for the former Secretary of State in November and 39% saying they’ll back Trump. The poll shows a slight drop in the 13-point lead Clinton had earlier in August.

The Monmouth University poll was conducted via telephone between Aug. 25 and Aug. 28; 802 registered voters were interviewed and it has a margin of error of plus or minus 3.5 percentage points. 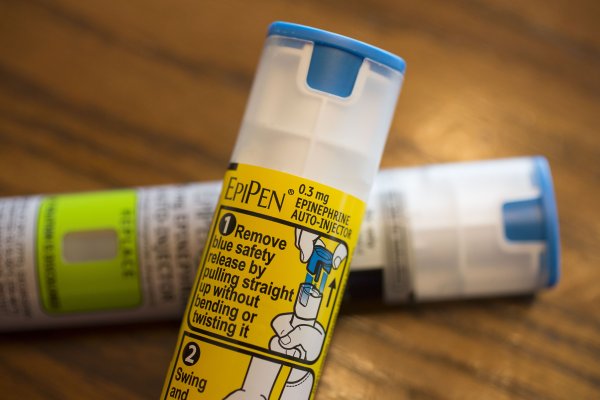 Why the Generic EpiPen Still Doesn't Solve the Problem
Next Up: Editor's Pick