From her flawless “Lemonade” medley to her record-breaking eight Moonmen, there’s no denying Beyoncé had a pretty spectacular night at MTV’s Video Music Awards Sunday. In fact, she stole the show so often that even her fellow celebrities were starstruck by her presence — including Chance the Rapper.

One clip making the rounds on social media shows the Coloring Book artist giving an interview backstage when Bey walks up behind him to give him a quick hug. Chance — who is in the middle of sending a message to Drake — turns to see who touched him only to find himself looking at the Queen herself. “OOOH my god that was Yoncé!,” he shouts before immediately walking over to her.

Of course, Beyoncé — ever the picture of grace — comes back to introduce herself to the interviewer, bonding with her over their shared astrological sign and complimenting her tattoos. 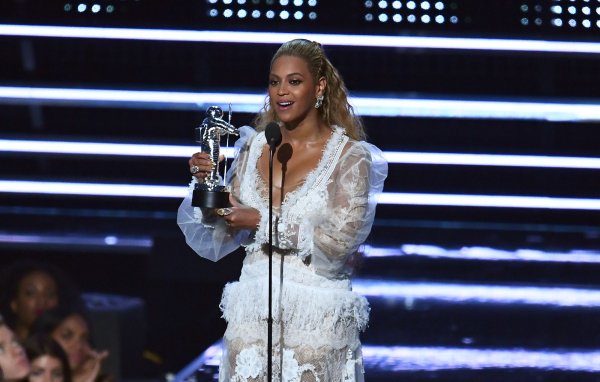 The 10 Best Memes From the 2016 MTV Video Music Awards
Next Up: Editor's Pick