How to Make Your Mind Happy, According to Neuroscience

But is it merely the latest fad? Actually, no. And there isn’t some looming deathmatch between mindfulness and neuroscience, between East and West. They’re actually on the same page.

Research shows mindfulness works. It can help you be happier and help you reduce stress. But nobody’s ever explained it to you in a way that makes sense or doesn’t sound corny. Let’s fix that.

We’ll look at how neuroscience and mindfulness line up, get real answers as to why our brains so often get anxious, sad, or angry and learn the research-backed way to be happier — and stay that way.

Your Left Brain Is A Liar

My grandmother didn’t like the word “liar.” She felt it was too harsh. She used to say people were “telling stories.” And that’s what the left side of your brain does. Constantly.

The right side of your brain sees things pretty concretely. But that guy to his left is always weaving tales to try and make sense of the information coming in. That’s his job.

We need Lefty to give meaning to life. He interprets your experiences. If Lefty sees real patterns that others don’t, people call you creative. But there’s also a problem…

Michael Gazzaniga, one of the top cognitive neuroscientists, did some brain studies in the 1970’s with Roger Sperry (who would later win the Nobel Prize.) Gazzaniga discovered what Lefty’s job is — and just how badLefty is at it sometimes.

As the old saying goes, “The map is not the territory.” Lefty doesn’t have perfect information. And sometimes he’s too clever for his own good. He’s part of you — and you are fallible. So sometimes this happens:

Right Brain: Everyone at the table is frowning. They’re not laughing at our brilliant jokes.

Left Brain: Obviously, they hate us and are plotting our death.

Lefty can be way off base sometimes. If he sees patterns where there aren’t any, you’re anxious, paranoid or schizophrenic. And if Lefty doesn’t see any patterns in life — no “meaning” — you’re clinically depressed.

Ever screw up bad and apologize by saying, “I wasn’t myself last night”? Think about it: that apology makes no sense whatsoever. What you’re trying to say is, “My actions did not line up with the story Lefty gave me about who I am.” Again, “the map is not the territory.”

The problem is you don’t even realize Lefty is there. You assume his voice in your head is you and that his stories are rock-solid reality.

But when Lefty isn’t detecting useful patterns, making accurate sense of things and giving meaning to the world, he can be a monster. He’s that jerk who has an opinion about everything, refuses to shut up and never admits when he’s wrong.

“If this doesn’t work out, my life is over.”

This is Lefty gone haywire. When you pay too little attention to the right brain’s raw data (“She’s looking at her phone”) and give too much credence to Lefty’s sometimes-boneheaded interpretations (“Clearly, we’re boring her”), you can end up angry, sad, frustrated or anxious.

Nobody would ever shout, “Life is wrong for not lining up with my vision of how it should be!”

Just kidding. People do that about a thousand times a day. They just don’t realize it. That’s what’s happening when they punch the dashboard and complain about traffic. Expectations are just a story that Lefty tells you about the future.

And when reality is not lining up with expectations… it must be reality’s fault. Not Lefty’s, of course. So you get angry at reality. Which makes a whole heck of a lot of sense, right?

Well, stomping my feet and demanding that the universe bend to my will has not worked out very well for me. You can’t change reality. (Sorry.)

So what can you do to not get angry, sad, anxious or otherwise upset? This is where mindfulness comes in…

From a neuroscience perspective, mindfulness is about staying focused on the concrete in life and not getting too wrapped up in Lefty’s interpretations, categories, stories — and occasional fictions.

Lefty isn’t “you.” Like your liver or your spleen, he’s a part of you, doing his job… sometimes ineptly. But when you realize this and listen for his voice in your head, you can double-check his work.

Listen to your brain as you go about your day and check what you hear against the concrete facts you notice. When you do this you can start to hear Lefty at work:

Left Brain: Better get the resume together. We’re getting fired.

And then you can step in and say, “Whoa, whoa, whoa, pal. There are many reasons El Jefe could be upset. Let’s wait until we have more info before we empty our desk.”

This kind of check on how practical and realistic Lefty’s interpretations are is the core of Cognitive Behavioral Therapy.

Getting rid of Lefty isn’t desirable or even possible. But since he can sometimes act like a child, you need to treat him like one. Lefty’s the kid. You must be the parent.

Don’t immediately accept Lefty’s interpretations. Pause, and consider his opinion as if it was advice from a friend. Check it against the hard facts you can see. Is he jumping to conclusions again?

When I spoke with Sharon Salzberg, one of the leading experts on mindfulness and author of Real Happiness: The Power of Meditation, she said this:

What we’re talking about with mindfulness is not in any way eradicating thoughts or annihilating them, but being able to have a little bit of space so we can make a clear decision: “Do I want to nurture this or do I want to let it go?”

That voice in your head isn’t always “you.” Often it’s Lefty. And sometimes he’s acting like a scared or angry child. Take a step back and be the parent.

(To learn more about how to practice mindfulness from the top experts in the field, click here.)

So you’re not immediately accepting Lefty’s stories as truth. That’s good. But how do you help him be better at his job so he doesn’t overreact all the time?

Help Lefty Be A Better Storyteller

People who lose a limb sometimes experience “phantom limb pain.” You’ve lost an arm but your nonexistent-fist is clenching so hard it’s aching. How the heck do you stop pain in a part of your body that is no longer there?

Turns out the problem is in the brain. And the solution is similar to the issue you have with Lefty. The brain needs a better story.

So researchers set up a “mirror box” that the amputee could put their remaining arm in and the reflection would make it appear the missing arm was still intact. And by unclenching the fist of their one arm, the brain could now “see” the nonexistent-fist unclenching.

And in 60% of patients, this made their pain go away.

You’re probably not missing an arm. But you can help Lefty with his storytelling ability and make your pain go away as well.

When you’re consumed by anger, what does neuroscience research say helps chill Lefty out? “Reappraisal.” Telling yourself a different story from Lefty’s about what’s going on: “She doesn’t hate me. She’s just in a bad mood.”

What do positive psychologists recommend when all of Lefty’s stories are depressing? Before you go to bed, write down three good things that happened that day. Make the positive more salient to Lefty and he can’t help but start to weave that into his tales about “how life is.”

When Lefty decides your work is meaningless, what can you do? Create a new job description. Researchers found that hospital cleaners who told themselves that their real job was “contributing to sick people getting better”, they found it engaging. Those who let Lefty tell them, “All you do is empty trash cans for a living” felt their role was boring and meaningless.

And what can you do when Lefty tells you you’re just no good?

Tim Wilson of UVA recommends the “do good, be good” method. When you spend more time helping others, like volunteering, the right brain tells Lefty and he starts to revise his story about what kind of person you are:

It capitalizes on the tried-and-true psychological principle that our attitudes and beliefs often follow from our behaviors, rather than precede them. As Kurt Vonnegut famously wrote, “We are what we pretend to be, so we must be careful about what we pretend to be.” People who do volunteer work, for example, often change their narratives of who they are, coming to view themselves as caring, helpful people.

We all love a good story. Help Lefty tell you more positive ones.

The taming of Lefty has begun. Let’s round all this up and learn the best thing that happens when you get that occasionally-troublesome-half of your brain doing his job the right way…

Here’s how to use neuroscience and mindfulness to get Lefty under control:

On rare occasions, Lefty gets completely overwhelmed by the good data the right brain is giving him — and that creates one of the most wonderful feelings in the world.

The amazingness of the moment hits Lefty so hard he’s at a loss for words to create a story with and he’s speechless. You’ve experienced this, actually…

But awe is rare. We can’t all travel to space. (Note to Elon Musk: GET TO WORK.) But there are other methods to stick a sock in Lefty’s mouth for a while and really engage with life in a moving and mindful way. You’ve probably heard of this one, too:

Flow is a type of that “be in the moment” stuff you hear about mindfulness all the time. Getting Lefty to shut up and take a coffee break while you fully engage with reality.

(To learn how to increase the amount of flow you experience, click here.)

Sometimes Lefty does a great job. He gives you accurate interpretations, sees insightful patterns and tells you a meaningful story about your life. But he needs to be kept in check.

Jokes aren’t funny when they’re explained. The magic trick doesn’t make you gasp when you’re told how it works. We don’t always need — or want — director’s commentary when we watch the movie of life. Sometimes we need to just be there in the moment.

Yes, you are now officially hearing voices in your head. But that’s okay. Just make sure they’re good ones.

This piece originally appeared on Barking Up The Wrong Tree. 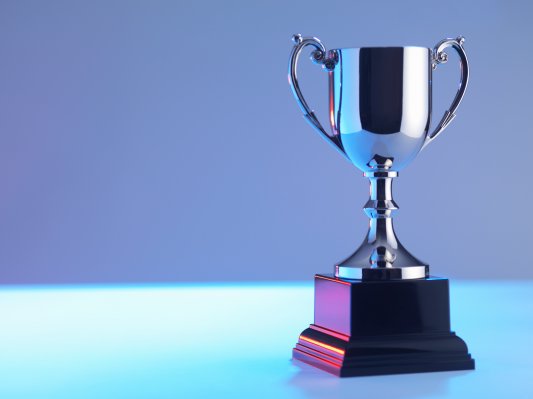 How to Become an Expert at Anything, According to Experts
Next Up: Editor's Pick