The 10 Best Memes From the 2016 MTV Video Music Awards

The MTV Video Music Awards have always been a hotbed of activity when it comes to legendary moments (it was, after all, the place where the infamous feud of our generation began) and the 2016 ceremony was no exception.

Britney Spears performed on the stage for the first time in nearly a decade, Rihanna took home the lauded Vanguard award (and a kiss from Drake, naturally,) Kanye gave a speech — and a surprise video premiere, and of course, Beyoncé slayed us all within an inch of our lives by performing not only one song, but basically her entire visual album, Lemonade.

So suffice it to say that the Internet may have slightly lost its collective minds during this awards shows; here, the 10 moments that had the web freaking out during the VMAs.

On Beyoncé blessing us all by performing her entire Lemonade album and being the ultimate queen of the VMAs:

On Beyoncé bringing Blue Ivy to walk the pre-show:

On Michael Phelps listening to Future while he made the now-infamous #PhelpsFace:

On Chance the Rapper’s parallel sartorial choices to the Mario Bros.:

On Drake’s unrequited love for Rihanna, who couldn’t be more indifferent:

On Kanye’s very long speech where amid his love of artistic heroes, he also reveals his penchant for white outfits and calls out to his ex, Amber Rose:

On Teyana Taylor and Iman Shumpert in Kanye’s debut of his new “Fade” video:

On Britney’s return to the VMA stage and denying G-Eazy an onstage kiss: 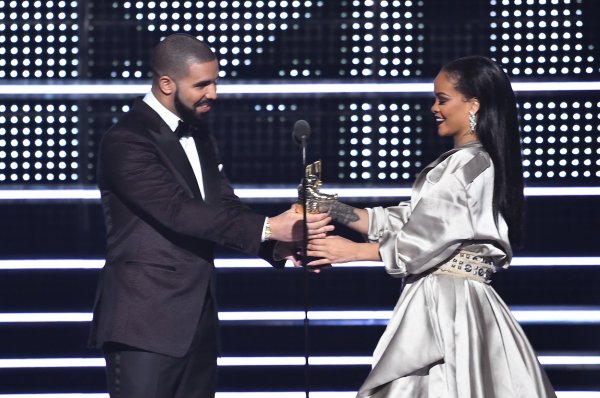