Residents of the Seongju municipality attend a rally in front of Seoul Station in Seoul, South Korea, 21 July 2016, to protest against the deployment of an advanced US missile defense system, known as Terminal High Altitude Area Defense (THAAD), in the town of Seongju, a county some 300 kilometers southeast of Seoul.
Anadolu Agency—Getty Images
By TIME Staff

South Korea’s main opposition party is likely to announce its antagonism to the deployment of the U.S. Terminal High Altitude Area Defense (THAAD) anti-missile system in the country, following the election of legislator Choo Mi-ae to the party’s top post.

Choo won the Minjoo Party’s leadership battle Saturday, the Korea Times reports, replacing interim chairman Kim Jong-in, who had maintained a neutral stance on THAAD. Choo however made opposition to system — designed as a response to Pyongyang’s growing weapons capabilities — a prominent part of her leadership campaign.

“I will make opposition to the THAAD battery the party’s official position,” she said, according to the Times. “We cannot let China and the U.S. clash on the Korean Peninsula.”

The position is contrary to that of the current administration, which has pledged to deploy THAAD quickly.

In legislative elections in April, the Minjoo Party won 123 seats compared to the 122 seats won by the center-right Saenuri party, which lost its parliamentary majority for the first time in 16 years, according to the BBC.

Tensions have been particularly high on the peninsula since North Korea successfully tested submarine-launched ballistic missiles last week. The missiles are theoretically capable of reaching U.S. bases in Japan as well as all parts of South Korea.

North Korea’s military has warned of “physical response measures from us as soon as the location and time that the invasionary tool for U.S. world supremacy, THAAD, will be brought into South Korea.” 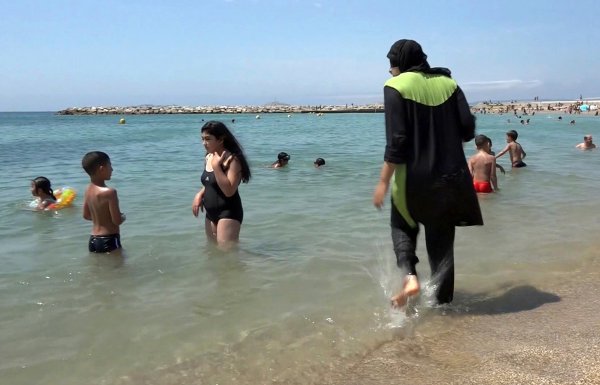