What to Know About Beyoncé's VMAs Red Carpet Posse

The most recognizable face among Beyoncé’s posse at the MTV VMAs red carpet on Sunday night may have been the youngest one—her 4 1/2-year-old daughter Blue Ivy, sporting a fierce tutu—but her squad also included a group of many of the women and girls featured in her visual album Lemonade, which is nominated for 11 awards.

Posing on the red carpet with Queen Bey were 13-year-old Annie actress Quvenzhané Wallis, sibling musicians and Bey protegees Chloe x Halle, Canadian model Winnie Harlow and child model Ava Clark, among others. Harlow and Clark, who have vitiligo and albinism respectively, are known for redefining beauty standards, while Wallis, the youngest Oscar nominee in history, withstood an ugly backlash for portraying the lovable orphan, originally a fair-skinned redhead, while black.

Beyoncé, who will perform at the awards ceremony, also brought along Lezley McSpadden, Gwen Carr, Wanda Johnson and Sybrina Fulton, the mothers of Mike Brown, Eric Garner, Oscar Grant and Trayvon Martin, respectively. Three of the four mothers appeared in Lemonade holding pictures of their sons. Brown, Garner and Grant were killed by police officers, while Martin was shot by neighborhood watch coordinator George Zimmerman in 2012. The performer has spoken out in recent months against police brutality and injustice, both in her music and in interviews. 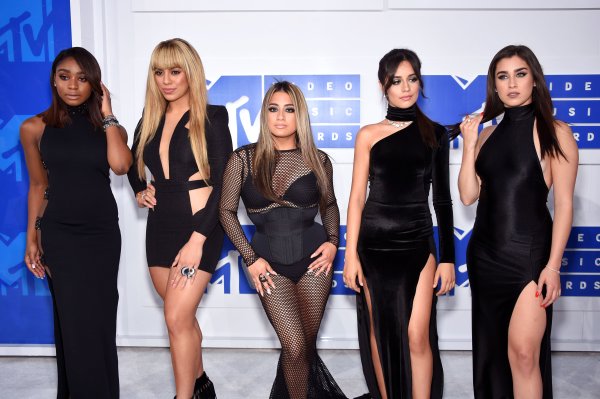 Fifth Harmony Wins for MTV's Song of the Summer
Next Up: Editor's Pick