Singer Mariah Carey performs on stage during the 2016 ESSENCE Festival presented by Coca Cola at the Louisiana Superdome in New Orleans on July 2, 2016.
Bennett Raglin—Getty Images
By Blake Bakkila / People

Mariah Carey’s sister has been arrested on a prostitution charge in Saugerties, New York, according to the Daily Freeman.

Alison Carey, 55, was reportedly arrested by police in an undercover investigation at an unidentified Saugerties hotel. A police officer reportedly posed as a client, and Alison was arrested after “soliciting money in exchange for sexual favors,” according to the local newspaper.

Saugerties Police Chief Joseph Sinagra told the paper that Alison told police she was related to the star and he described Alison as “transient.” Police claimed they set up the sting after seeing Alison allegedly advertise her services online.

A source tells PEOPLE that Mariah and Alison had been estranged “for years.

“Mariah takes care of her entire family and I’m sure this is very painful for her,” the source said.

The report said in one ad posted Friday, Alison wrote, “Im a pretty lady looking for guys who are looking to have some fun and get into a world of pleasure that other woman just cant provide two you.”

Alison even referenced her famous sister’s 1995 hit “Fantasy” in the ad.

Sinagra told the local news outlet that “based on their stories,” there could be cause for concern for people who had sexual encounters with Carey. He advised that any people who has sex with her in the past refer to their doctors, “particularly if it was unprotected.”

Carey was arraigned in Saugerties Town Court and sent to Ulster County Jail. Her bail is set at $1,000. She is due in court on Aug. 30.

This article originally appeared in PEOPLE. 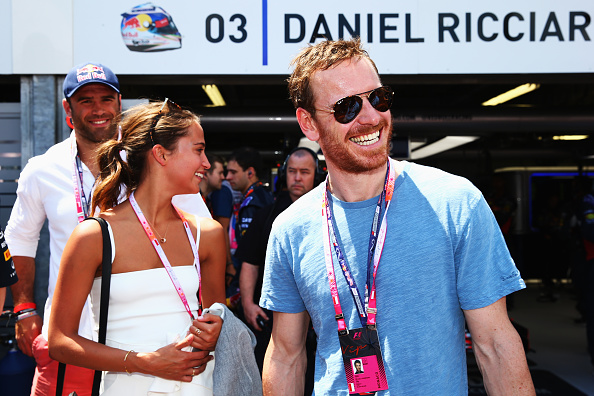 Alicia Vikander and Michael Fassbender Talk About Why They Don't Talk About Their Relationship
Next Up: Editor's Pick