New Jersey Gov. Chris Christie blamed Hillary Clinton for starting a campaign fight over bigotry during an appearance on ABC’s This Week.

Asked by host Martha Raddatz whether he agrees with Trump that Clinton is a “bigot,” the Trump adviser instead turned on the Democratic nominee.

“Ms. Clinton has started the idea of calling Donald Trump those types of names,” he said. “And the fact is that, once you are the person—and Ms. Clinton is the person who injected this type of commentary into this race—once you inject that type of commentary into this race, you can’t then sit back and start complaining about it or have some of your handmaidens in the media complain about it.”

Trump called Clinton a “bigot” last week during a Jackson, Miss., rally, ahead of an expected speech by Clinton highlighting his campaign’s ties to the “alt-right” movement.

The Clinton campaign then released a provocative ad featuring Ku Klux Klan members and other white nationalists supporting Trump, while Clinton condemned Trump in a speech in Reno, Nevada, for his statements on a Mexican judge, his retweets of white supremacist accounts and other campaign moves.

“He’s taking hate groups mainstream and helping a radical fringe take over one of America’s two major political parties. His disregard for the values that make our country great is profoundly dangerous,” Clinton said. 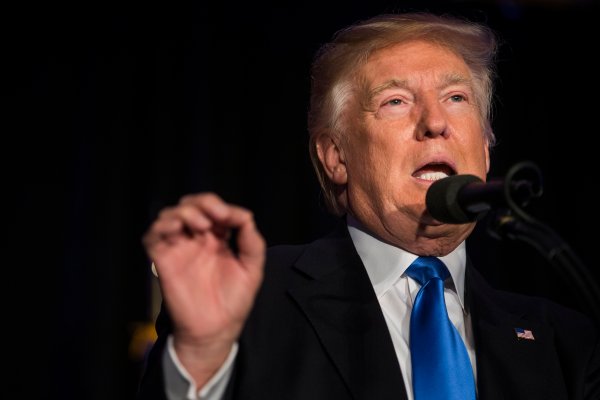 Donald Trump Sparks Backlash With Tweet About Death of Dwyane Wade's Cousin
Next Up: Editor's Pick