Newly revealed photos from the Disney’s live-action Beauty and the Beast offer a first look at the tale as old as time.

Jack Morrissey, a co-producer on the film, posted the images on his Facebook page. If the new art is any indication, the remake hews closely to the animated original based on the classic French fairy tale.

Although there’s still no glimpse of Emma Watson as Belle, one image offers a peek at Dan Stevens as the prince who becomes the titular Beast. Another shows a moment from Gaston’s (Luke Evans) eponymous musical number, a boisterous ode to the tale’s egotistical antagonist. The still, which Morrissey writes is taken from B-roll footage, features Evans, Josh Gad as Gaston’s loyal but bumbling sidekick LeFou, and Alexis Loizon as a character named Stanley.

Morrissey also shared a piece of concept art: an intricate depiction of the enchanted pendulum clock Cogsworth (Ian McKellen) and candelabra Lumière (Ewan McGregor). “These designs are close but may not be final,” Morrissey wrote in the caption.

The images are part of a sneak peek bonus feature on next month’s 25th anniversary edition home video release of the 1991 animated classic. Check them out on Morrissey’s page.

The film, which also stars Emma Thompson, Gugu Mbatha-Raw, Kevin Kline, Audra McDonald, and Stanley Tucci, among others, is directed by Bill Condon and slated for a March 17, 2017 release. 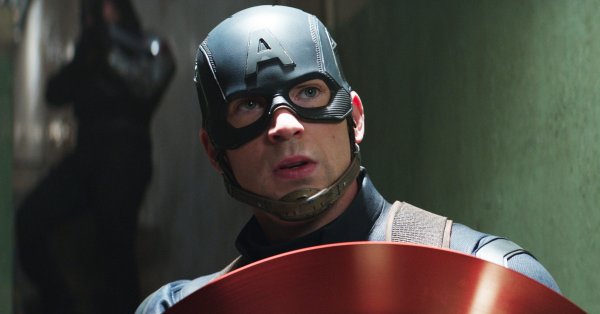 Avengers: Infinity War Directors Hint at a World Without Captain America
Next Up: Editor's Pick