A pair of stranded mariners signaling for help by writing 'SOS' in the sand as a US Navy P-8A Poseidon aircraft crew from Patrol Squadron (VP) 8 flies over in support of a Coast Guard search and rescue mission at East Fayu Island, Micronesia, on 25 August 2016.
US Navy/EPA
By Katie Reilly

Two boaters were rescued from an uninhabited Pacific island on Friday after being stranded there for a week.

They had written “SOS” in the sand and were spotted by a U.S. Navy air crew, NBC News reported. The two boaters began traveling to Tamatam Island in Micronesia on Aug. 17 and were expected to arrive the following day, but instead became stranded on Aug. 19.

They had limited supplies and no emergency equipment on board the 18-foot boat, NBC News reported, citing the U.S. Coast Guard.

Rescuers searched 16,571 square miles in total for the missing boaters and their vessel. 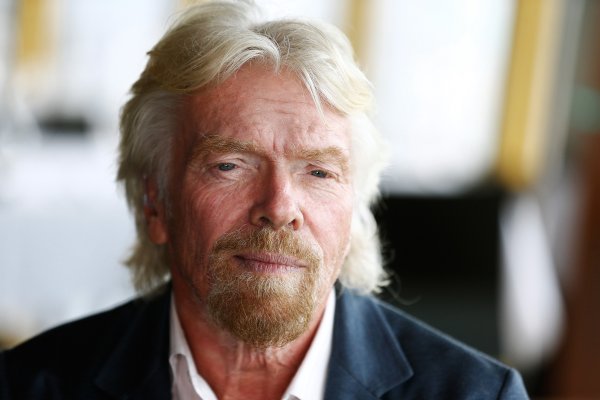 Richard Branson Survives Brutal Bike Crash: 'I Really Thought I Was Going to Die'
Next Up: Editor's Pick