Dwyane Wade's Cousin Fatally Shot While Walking With Her Baby

A cousin of basketball star Dwyane Wade was shot and killed in Chicago on Friday afternoon while pushing her baby in a stroller and walking to register her children for school.

Nykea Aldridge, a 32-year-old mother of four, suffered gunshot wounds to the head and arm when two men fired shots at a man she was walking with, the Chicago Sun-Sentinel reported. Police said she was not the intended target, and the baby in the stroller was unharmed.

“Another act of senseless gun violence. 4 kids lost their mom for NO REASON,” Wade, who signed last month with the Chicago Bulls, wrote on Twitter. His mother, Jolinda Wade, made a statement on behalf of the family on Friday night beside her crying sister, ESPN reported.

“Just sat up on a panel yesterday, The Undefeated, talking about the violence that’s going on within our city of Chicago, never knowing that the next day we would be the ones that would be actually living and experiencing it,” Jolinda Wade said, according to ESPN. “We’re still going to try and help these people to transform their minds and give them a different direction, so this thing won’t keep happening. We’re still going to help empower people like the one who senselessly shot my niece in the head.” 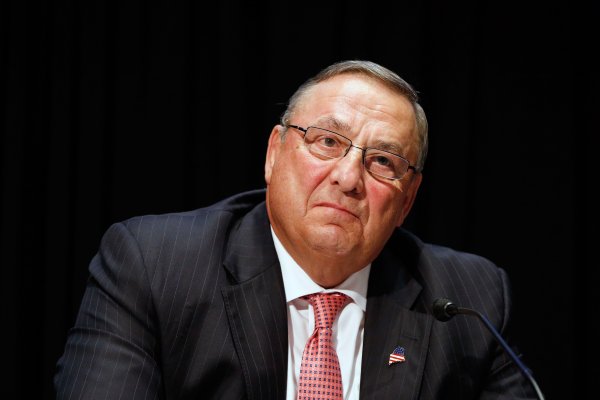