Why Does This Person Think Hillary Clinton Wants to Kill a Stone Corn Grinder?

At Gulf of Maine Gunsmithing, someone lettered on its sign: “BEWARE THE BEAST HILDABEAST CLINTON AND ITS VAGENDA OF MANOCIDE.” Yes, it happened a couple years ago, but the Internet cares not.

From a linguistically objective standpoint, this statement makes sense. Beware is a common verb, just as beast is a common noun. Hildabeast is clarified by Clinton as essentially, Hillary the beast. Vagenda is a portmanteau of vagina and agenda; it clearly denotes an agenda possessed by one possessing a vagina. And while its is a strangely genderless pronoun for something with a vagenda, most readers still understand. But then we get to manocide. The Latin suffix –cide likely refers to the act of killing. From there, it gets murky—if only for a time.

At first, one might think the sign-letterer mingled Spanish, the -cide referring to mano, or hand. This would seem to mean that the signist feared Hillary Clinton’s vagenda would involve taking away the hands of people, if she gained power. One could conclude that, given the name of the store, the hand the signer would fear losing most would be their gun hand.

But switching to Spanish in Maine, a state that according to the Census Bureau as of July 1, 2015, was 1.6% percent “Hispanic or Latino” seems unlikely.

Motto did not know that this was an issue—especially in a state that the National Corn Growers Association’s 2016 report says has just 16,000 acres of corn planted (the fourth-lowest in the United States). But given that clarification, Motto would like to make a statement regarding the sign: Stones used as the upper millstone for grinding foods (such as corn) by hand in a metate do not deserve to die. 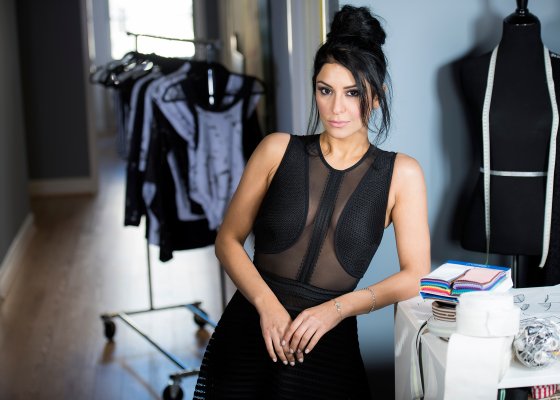 Muslim Swimsuit Designer: Burkinis and Bikinis Are About Freedom
Next Up: Editor's Pick