Apparently Rihanna Can't Wink and the Internet Is Losing It

Rihanna — singer, fashion star, free spirit — is a goddess, yes. But even goddesses have limits. And the internet has uncovered Rihanna’s one true limit: despite her undisputed status as one of the world’s most sought-after women, she can’t wink.

Twitter user @NotAgainBen has documented the evidence extensively in a series of tweets with videos of the soon-to-be recipient of MTV’s Video Vanguard Award trying — and, ultimately, failing — to perfect the single-eye blink. It’s an impressive collection of proof, wherein we see that each time she tries to just subtly shut one eye, the other inevitably goes along for the ride, too. The clips are mesmerizing, because… Rihanna.

These are just a few of the many, many examples. But honestly, what’s the big deal? She’s still BadGalRiRi, and her flawless ability to accessorize with wine pretty much negates the need to execute a perfect blink. Who are we to tell her what is right or wrong? Maybe we’re the ones blinking wrong? 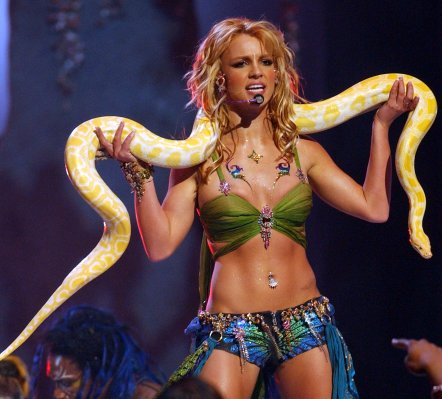 Here's What Happened to Britney Spears's Famous Yellow Snake
Next Up: Editor's Pick