Esther Wojcicki, with her husband Stan Wojcicki and daughters Janet, Anne and Susan in an undated photo.
Courtesy of Esther Wojcicki
By Charlotte Alter

When Esther Wojcicki gave birth to her third daughter Anne in 1973, her friends offered their condolences.

“There was this sort of commiseration,” recalls Esther Wojcicki from her sunny home on the campus of Stanford University. “Like ‘oh my god, a third girl, what are you going to do?'”

“I had a close friend who called up and said ‘oh I’m so sorry,’ almost like a death,” she says.

Wojcicki grew up in an Orthodox Jewish community that valued sons more than daughters. The fact that she already had two daughters (Susan and Janet) meant that to some of her friends, Anne’s birth was a disappointment.

Not to Esther. “I said to myself: Just you wait. I’ll show you.”

That would be an understatement. You could call the Wojcicki sisters the female version of the Emanuel brothers, without all the controversy and aggression. Susan Wojcicki is the CEO of Youtube (Google was invented in her garage,) Janet Wojcicki is a professor of pediatrics and epidemiology at UCSF, and baby Anne grew up to become co-founder and CEO of genetics company 23andMe. When they get together for breakfast at their childhood home, they joke about how Esther had zero reverence for standards of “appropriate” behavior.

“We’d eat at Sizzler and my mom would be like ‘there’s only three people here, there’s not five,’” recalls Anne, noting that the other two sisters would be hiding in the bathroom, ready to take their turn at the all-you-can-eat buffet. “We had no shame in being kicked out of a restaurant.”

Esther Hochman was born in New York and grew up in Los Angeles, raised by extremely observant Jews (both of her grandfathers were rabbis) who had emigrated from Ukraine and Siberia. Her childhood was defined by a tragedy: the death of her baby brother David when she was 10 years old. David, just 18 months old, was playing with a bottle of aspirin and accidentally swallowed a handful of pills. Esther’s mother called a doctor, who told her to put David to bed. After a few hours, David became violently ill. The family took him to four hospitals, but no hospital would admit him because the family did not have proof of payment (in those days, hospitals were allowed to turn away patients who could not pay.) David died, and Esther lost all respect for authority.

She decided that her immigrant family’s deference to doctors and hospitals had kept them from getting help, a mistake she promised herself she would never make. “My mother was afraid to ask questions, so I decided I was gonna be just the opposite,” she says. “I was going to ask every tough question there was, and I wasn’t gonna let people get away with it just because they had a fancy title.”

Her daughters learned that lesson well. “People always say ‘How do you think big? How do you think about crazy ideas?’ and to me it was just that you question a lot of the biggest assumptions,” says Anne. “I don’t think we were ever intimidated by anyone. I never remember Mom or Dad being like ‘Oh, you’re going to meet so-and-so and they’re SO important.'”

Esther started working as a journalist when she was a teenager to save up money for college. She went to University of California at Berkeley, where she met Stan Wojcicki, a Polish physics whiz. They got married soon after she graduated in 1961, and Esther became a teacher and Stan joined the physics department at Stanford, which he would later chair. Susan was born in 1968, Janet in 1970, and Anne came along in 1973. Later, in 1984, Esther created the media program at Palo Alto High School, which has since become one of the largest high school journalism programs in the country (with more than 600 students and 9 publications.)

When it came to raising her girls, Esther has a lot of theories. She had a theory that the most important years for learning and development were 0-5 (decades before developmental experts proved her right.) She had a theory that kids should learn to control their environment, not avoid it—which is why she taught her daughters to swim, read and count (she wanted them to swim so they could play near a pool without supervision, read so they could read street signs, and count so they could handle money.) She has a theory that it’s silly to wear name-brand clothes and only fools would shell out all that cash to fly first class.

“My theory has always been: ‘The more you do for your kids, the less they do for themselves,” she says.

One thing she didn’t focus on: Beauty. Esther neither harped on the importance of being pretty, nor spread platitudes about radical self-acceptance. Instead, she encouraged her girls to just stop thinking about how they look.

“You get dressed in a certain way that you look okay, you don’t focus on it, you don’t overeat or anything and you get on with what you’re doing in life,” she says. “Average looks are just fine. If you’re ugly, I think it does impact you. But anybody who’s average—just get with the picture.” But she did occasionally take the girls out of school if there was a really good sale at the discount department store.

It was part of a larger philosophy of anti-perfectionism that has given her daughters confidence as they’ve excelled in male-dominated industries like science and tech. “They all try to do their best, but they forgive themselves,” she says. “A perfectionist does not forgive themselves for doing something that isn’t perfect. And they do. They don’t hold themselves to blame.” 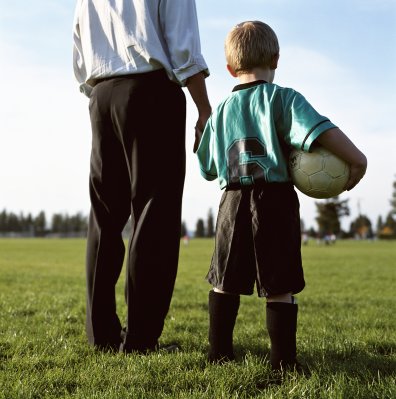 How to Get Your Kids to Try Something New
Next Up: Editor's Pick