Maine Gov. Paul LePage said he was angry enough to challenge a state lawmaker to a duel Thursday, after leaving an explicit voicemail accusing the legislator of calling him a racist.

LePage left the message for Maine Rep. Drew Gattine after a local reporter seemed to suggest that several people, including Gattine, had called the governor a racist, according to the Portland Press Herald.

“Mr. Gattine, this is Gov. Paul Richard LePage,” the recording of LePage’s voice message says. “I would like to talk to you about your comments about my being a racist, you c—sucker. I want to talk to you. I want you to prove that I’m a racist. I’ve spent my life helping black people and you little son-of-a-bitch, socialist c—sucker. You … I need you to, just friggin. I want you to record this and make it public because I am after you. Thank you.”

Gattine later denied that he called LePage a racist and that the disagreement stemmed from the two lawmakers disagreement over how to handle the state’s growing heroin problem.

Later on Thursday LePage invited a group of reporters to the governor’s mansion and gave a 30-minute interview where he said that he wished that he could duel the “snot-nosed little runt” who called him a racist, according to the Press Herald. “I wish it were 1825,” LePage said. “And we would have a duel, that’s how angry I am, and I would not put my gun in the air, I guarantee you, I would not be [Alexander] Hamilton.”

LePage apologized Friday for using inflammatory language in the voicemail to Gattine. “When someone calls me a racist, I take it very seriously,” LePage said in a statement. “So I called Gattine and used the worst word I could think of. I apologize for that to the people of Maine, but make no apology for trying to end the drug epidemic that is ravaging our state.” 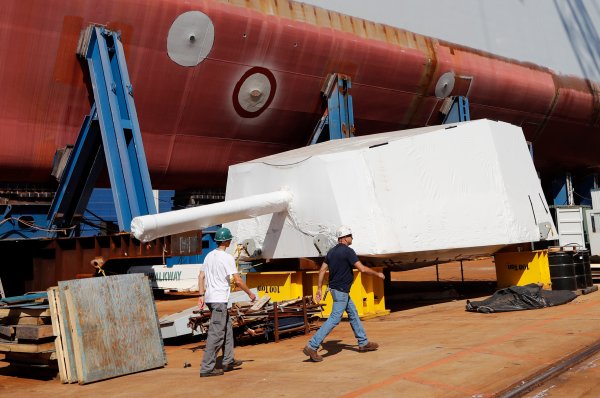