Donald Trump’s new “softening” of his hardline immigration stance may put him more in line with the views of most Americans, but it’s left some conservatives furious.

“There certainly can be a softening because we’re not looking to hurt people,” Trump said of his immigration plan this week. “We want people—we have some great people in this country.” Previously Trump has called to build a border wall and use a “deportation force” to remove 11 million undocumented immigrants.

Some Republicans are upset with Trump because they support him and feel betrayed on his signature issue; other conservatives didn’t like Trump in the first place and point to this as evidence of his dishonesty. Trump’s team is struggling to maintain that he hasn’t actually changed his position: spokesperson Katrina Pierson told CNN, “He hasn’t changed his position. He has changed the words he is saying.”

Here’s a look at some of the people upset with Trump over the comment.

Trump’s comments came at an unfortunate time for the conservative commentator—she published a book called “In Trump We Trust: E Pluribus Awesome!” that came out the same day. On page 3 of the book, she wrote, “There’s nothing Trump can do that won’t be forgiven. Except change his immigration policies.”

Coulter has taken to Twitter and media in recent days to air her frustration with the candidate, tweeting sarcastically about his comments:

“I don’t know who he’s getting it from, but the idea that his base is not going to mind is nonsense. And the idea that it helps him with anyone is nonsense,” Coulter then told ABC. “I am trying to encourage Donald Trump to dump whomever the moron is who told him Americans are staying up at night worried about how people who broke our laws entering, broke our laws staying here, broke our laws taking jobs, how comfortable they are.”

Coulter has said she is still supporting Trump.

Conservative radio host Rush Limbaugh found the humor in the situation. He couldn’t stop laughing during a segment of his show Thursday describing the irony of Trump’s backpedal. “Can you imagine what it’s like to be Jeb Bush today? Who knew,” he said, breaking into laughter. “First they tried Marco Rubio. They tried the Gang of Eight. They tried Jeb Bush… They tried everybody they could think of to try to convince the Republican base to support some form of amnesty for illegal immigrants. … Who knew that it would be Donald Trump to come out and convert the GOP base to supporting amnesty the same week Ann Coulter’s book comes out? Poor Ann!”

The head of the pro-Trump Great America PAC was blunt on Fox News, saying, “He did stumble a little bit on the issue this week,” Politico reports. “He needs to have one declarative statement the rest of the way — this is my position on immigration, I’m going to stick with it.”

The conservative radio host and editor of Conservative Review isn’t a Trump fan, and a post on his website also drew the connection between Trump’s “softening” and his former rival Jeb Bush. The piece, not written by Levin himself, points out that Trump called Bush “weak” on immigration and says, “Now that Trump himself has proposed non-violent illegal aliens be allowed to remain in the United States after paying fines in the form of “back taxes,” is Mr. Trump’s plan substantially different from Mr. Bush’s?

The conservative blogger behind website “The Resurgent” is vehemently anti-Trump. He wrote a post on Trump’s “flip flop” and said, “For months now, Republican stenographers and apologists have reassured Republicans that Trump would not cave on plans to appoint pro-life justices to the Supreme Court. How exactly can people trust Trump on that when he is now flip-flopping on the signature plank of his campaign?… The only thing funny about this is to watch the meltdown Trump supporters are now having. Some of us, of course, told you this would happen.”

When he tweeted out a link to his article, he said, “I loved writing this so much.”

(The conservative political blog RedState, which Erickson used to edit, also published a post titled, “Trump Supporters Were Warned He’s A Fraud; They Did Not Listen And Now The Chickens Are Roosting.”) 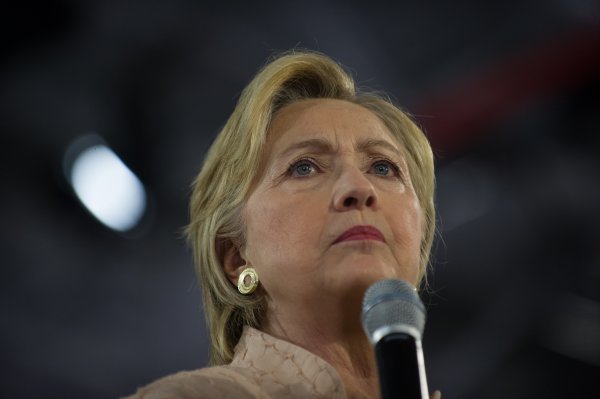 Donald Trump Points to Clinton's 2008 Issues with Black Voters
Next Up: Editor's Pick