Quarterback Tony Romo of the Dallas Cowboys leaves the field after being injured during a preseason game against the Seattle Seahawks in Seattle, Washington, on Aug. 25, 2016.
Otto Greule Jr—Getty Images
By Sports Illustrated

Cowboys quarterback Tony Romo left Thursday’s preseason game against the Seahawks with an apparent back injury after being sacked.

Romo left the game clutching his back after being sacked by Seahawks defensive end Cliff Avril on his third play from scrimmage. Romo scrambled outside the pocket to his left and was chased down, landing awkwardly and hunching forward as he fell.

He walked off under his own power and was examined at length by training staff. He would not return to the game as a precaution and coaches’ decision. ESPN’s Todd Archer reports Romo is unlikely to play in Dallas’s final preseason game.

Head coach Jason Garrett said at halftime of the team’s broadcast that the team did not think Romo’s injury serious.

Dallas selected Dak Prescott out of Mississippi State in the fourth round of this year’s draft. Prescott replaced Romo in the first quarter.

Without Romo for much of the season, the Cowboys finished 4–12, last in the NFC East.

This article originally appeared in SI.com 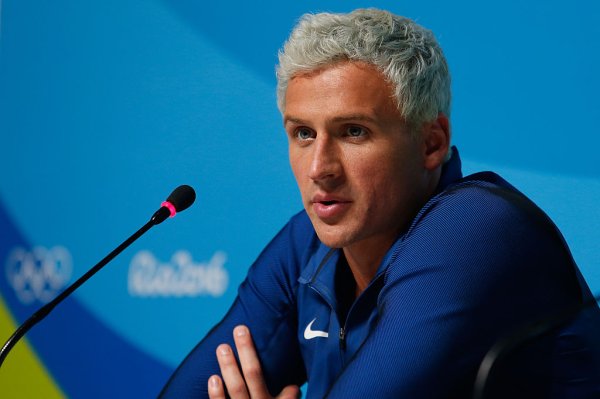 Ryan Lochte Charged in Brazil Over False Robbery Report
Next Up: Editor's Pick