Hillary Clinton's Reaction to Her Foundation Scandal Is Disastrous

I recently sliced the tip of my toe on an ocean barnacle. This happened at 6pm on a Friday of a long-awaited beach weekend, so I avoided the emergency room for stitches.

Overdosing on rosé was no cure. My minor wound kept bleeding. I finally went to the doctor when I got home where I got crutches, antibiotics for the infection, and an avoidable weeklong recovery for a tiny cut, for no reason other than my bullheadedness.

As I watch Hillary Clinton wish away the fallout of the Clinton Foundation’s unseemly ties with the State Department during her tenure as Secretary of State, I can’t help but think that her self-inflicted wound just bleeds and bleeds and bleeds. Every day that she fails to seriously address the rotten consequences of her poor judgment, Clinton further erodes the already lacking public trust in her. By avoiding a sincere display of contrition, she risks her candidacy and the foundation her family built.

“I know there’s a lot of smoke, and there’s no fire,” Clinton told CNN’s Anderson Cooper in a rare interview.

The numbers on the alleged pay-to-play are damning: as reported by the Associated Press, of 154 non-official meetings or phone calls on her schedule as Secretary of State, at least 85 of those individuals were private-sector donors who contributed up to $156 million to Clinton Foundation initiatives.

The report comes on top of other far more incriminating investigations revealing the appearance of quid pro quo with foreign donors to the Clinton Foundation. Perhaps the worst example was when investors who profited from the Clinton State Department’s approval of a deal for Russia’s atomic energy agency’s acquisition of a fifth of America’s uranium mining rights subsequently pumped money into the Clinton Foundation. The Clintons subsequently did not fulfill the Obama administration’s request for public disclosure of foreign donations.

The public deserves to hear from Clinton an honest explanation of why she felt all of this was appropriate.

When it comes to the Clintons, it’s not only about what happens, but how they react. The fact that Clinton has not given a press conference in 264 days is far more damaging than the seeming corruption itself.

If she didn’t do anything wrong, why won’t she defend herself? By avoiding taking responsibility, Clinton only exacerbates the perception she is dishonest and untrustworthy, the primary hurdle on her path to the White House.

Optics matter when the issue is transparency. How ironic that Clinton defenders were quick to attack the AP’s report as cherry-picking from an insufficient sample when the AP had to sue the State Department for access to the limited records included in their investigation.

Sanctimonious surrogates do her no favors. “If any American voter is troubled by the idea that the Clintons to want continue working the AIDs crisis on the side while Hillary Clinton is president, then don’t vote for her,” spokesman Brian Fallon said.

By turning off voters for asking legitimate questions, the cover-up has ballooned to besmirch even the good things she might have done. Take, for instance, Muhammad Yunus, a 2006 Nobel Peace Prize recipient who pioneered loans to the poor in his native Bangladesh, mischaracterized by the AP as “an internationally known economist” who was pressured by government authorities to resign from his non-profit bank. President Obama honored Yunus with a Medal of Freedom in 2009, alongside Jack Kemp, Sandra Day O’Connor and Sidney Poitier. Absolutely the Secretary of State should meet with the godfather of micro-lending to further the common goal of poverty alleviation.

But when you are meeting with foreign one-percent-ers more often than Peace Prize winners, the story writes itself. Even though in theory I know the Clinton Foundation does good work, it’s impossible not to question appearances. Contrast the image of former President Jimmy Carter wielding a hammer for Habitat for Humanity in the rural South with Bill Clinton jet-setting about Africa on a do-gooder field trip for rich people.

It comes down to Clinton’s judgment, and the culture she and the former President create. Even if you give Clinton the benefit of the doubt that her staff acted on her behalf trading access in a way that’s technically above board, she created the culture that encouraged the behavior. As Secretary of State, she did not clip her husband’s wings, a scary precedent that promises Bill Clinton would be a distraction for her entire presidency. The unseemly overlap of the Clinton Foundation with her official role as our nation’s lead diplomat shows she cannot keep her worlds separate and disconnected.

Maybe she didn’t technically do anything wrong, but what’s wrong is that she skirted the line so closely that there’s debate over what actually happened. For years, insider trading was legal for members of Congress, but that doesn’t mean it was the right thing to do. We are right to expect better of people in public service.

And that’s why this election comes down to one question. Is Hillary Clinton’s judgment better than that of Donald Trump, whom she adroitly called out as a man who can be baited with a tweet? The answer is the depressingly low bar by which voters will decide who is more fit to serve as leader of the free world. 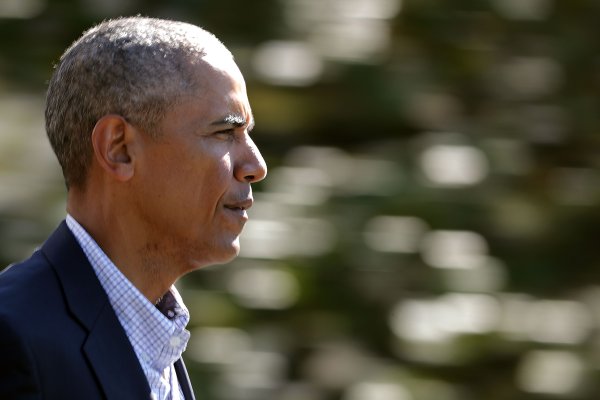 Aetna Has Revealed Obamacare's Many Broken Promises
Next Up: Editor's Pick